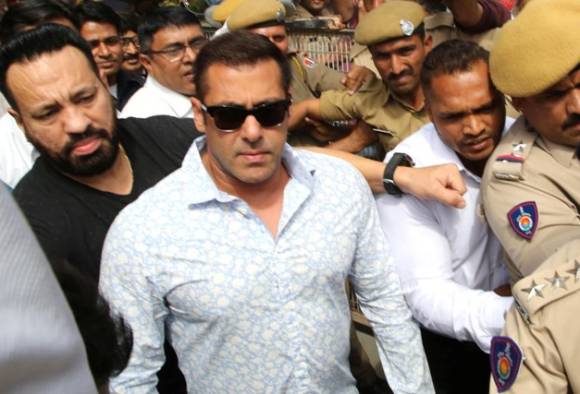 Jaipur: A court in Jodhpur will deliver judgment in a poaching case against Bollywood superstar Salman Khan on January 18. The court has asked Khan to be present.

The court of chief judicial magistrate Dalpat Singh Rajpurohit said that the judgment would be delivered in the presence of Khan so he must appear before the court on January 18.

Salman Khan, 50, was accused of shooting protected antelopes or chinkara  in separate incidents in 1998 while filming a movie in the desert state. On July 25 last year, Khan was acquitted in two poaching cases by the Rajasthan high court.

The lower court will decide the third case about Khan’s alleged poaching of endangered blackbuck. In two of the three cases registered in the matter, a lower court sentenced him to prison, but the high court overturned the sentence.

The high court while overturning the sentence had said there was no evidence to prove that the animals who were found dead were shot by Khan’s licensed gun.

The driver of the jeep that was used by Salman Khan and his co-stars for their alleged hunt has been missing, weakening the prosecution’s case against the Bollywood star.

A third case about Salman Khan’s alleged poaching of endangered blackbuck is yet to be decided in Rajasthan.

Rajasthan approached the Supreme Court against the acquittal by the Rajasthan high court’s Jodhpur bench.

In 2015, the Mumbai High Court overturned the actor’s conviction in a 13-year-old hit-and-run case in which he is accused of running over a homeless man while driving drunk in Mumbai. He has denied he was driving. The Maharashtra government has challenged his acquittal in the Supreme Court.