Jothwara: Youth who shot himself after murdering girl in car dies at hospital

Home » City Reports » Jothwara: Youth who shot himself after murdering girl in car dies at hospital 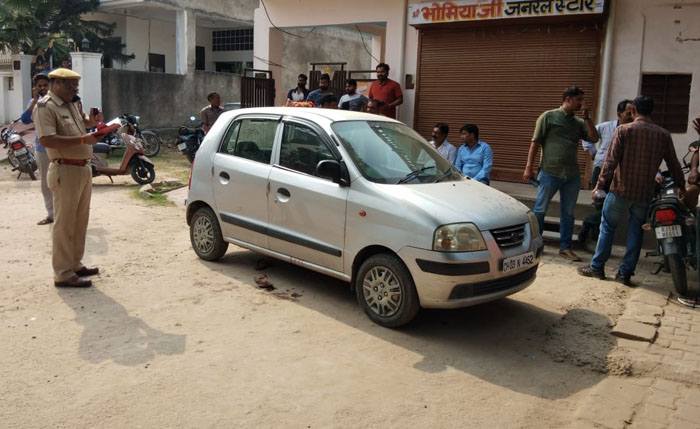 The car in which Govind Soni shot Varsha Soni.

Jaipur: The youth, identified as Govind Soni, who shot to death a girl who lived in his neighbourhood in Jhotwara before turning the weapon on himself to commit suicide died while undergoing treatment at SMS Hospital on Wednesday. He had shot himself after murdering the girl in his car and was critically injured. He was admitted to SMS hospital where he succumbed to bullet injuries.

Govind wanted to marry the girl, identified as Varsha Soni; however the girl’s parents were against their relationship. The girl’s father Rajesh Soni told media persons  that Govind was known criminal and had thrown acid on another girl. He had been jailed for the crime and was out on bail.

“How could I have allowed my daughter to marry such as a man,” said Soni.

Govind was unemployed and had borrowed the car from his brother-in-law. He asked the girl to get into the car. He then shot her and attempted suicide.

“Govind was threatening to kill us. My daughter had gone to buy vegetables from the market when he forced her into his car and then murdered her in cold blood,” said the father.

The incident took place in Sriram Nagar Extension around noon. The incident created panic in the area. Govind’s relative had rushed him to SMS hospital for treatment.