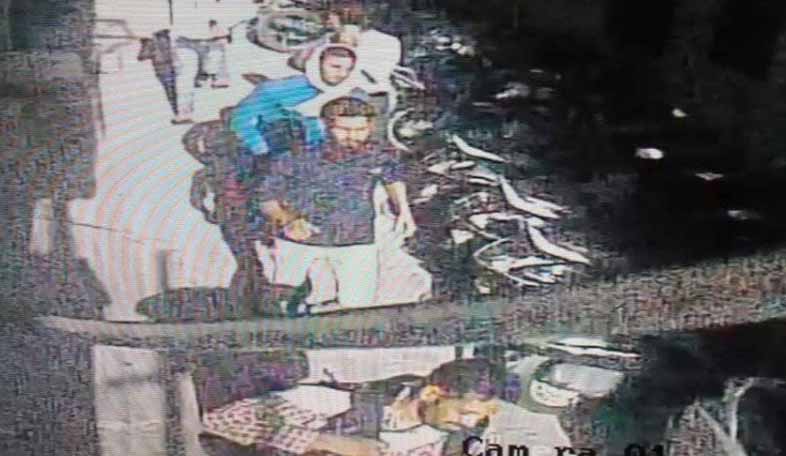 Jaipur: In a daredevil robbery in Jaipur’s Johari Bazaar area, four criminals barged into the office of a hawala  and finance company  – Rajesh Trading Company, took the only employee present there at knife point and made away with more than Rs 50 lakh cash on Saturday.

The police have taken the employee into the custody for questioning. Panic gripped Johari Bazaar as the employee came running out of the office and shouted to raise alarm about the robbers.

The police have launched a search on the basis of CCTV footages. In one of the footages, robbers are seen escaping with a black color bag containing the cash.

The incident took place in Manak Chowk police station area. The firm is owned by one Rajesh Ajmera.

According to senior police officers, the cops were informed about the robbery at Rajesh Trading Company around 6.15 pm. The robbery took place around 4.30 pm.

An employee, Abhishek Jain, was in the office when four robbers came there and asked for ‘Raju ji’. They then took knieves and pointed them at Abhishek.

They then tied up his hands and legs and stuffed all the cash lying in a almirah into a black bag. They then escaped from there.

Abhishek claimed that he ran after the robbers for nearly 300 meters, but they managed to get away. They fled on foot for nearly one km.

According to the owner Rajesh Ajmera, Abhishek is the son of his friend. Abhishek worked at the company for 10 months, but later left the employment. He started working at a ticket booking window. But he showed up again three days ago and sought employment. Rajesh re hired him.

Abhishek is to get married in a few days.

The police are trying to find out how Abhishek managed to free himself within seconds after he was tied up and tried to chase robbers.