The deceased has been identified as Sooraj Kunwar (37), a resident of Sangam colony of Banar in Jodhpur. 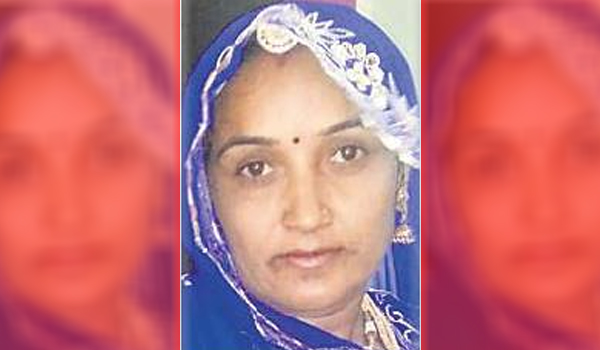 Jaipur: Some unidentified masked men slit the throat of a 37-year-old woman at her house in Jodhpur on Tuesday.

The woman bled to death on the spot. She was a relative of BJP head of Ratanada Mandal in Jodhpur, according to police. The miscreants robbed Rs 15 lakh cash with 200 grams gold jewelry from the house of Gajendra Singh Chauhan, brother of BJP leader. The incident happened at Sangam Vihar Colony near Banar area in Jodhpur.

According to the police, some unidentified masked men knocked on the door at Gajendra’s house at 4 am. The deceased Sooraj Kunwar went to open the door and the accused slit her throat with a knife. After hearing the cries for help, her husband and son came to the main gate. The accused men attacked them with the knife too. All the three victims went unconscious and the miscreants took the jewelry and cash from the house and ran away.

The lady was continuously bleeding and died on the spot. Gajendra and Kushal sustained injuries and their treatment is going on.

Police received the information about the incident around 5 am in the morning and reached the spot.

Further investigation of the case is going on.