A gang of criminals were demanding protection money from the victim 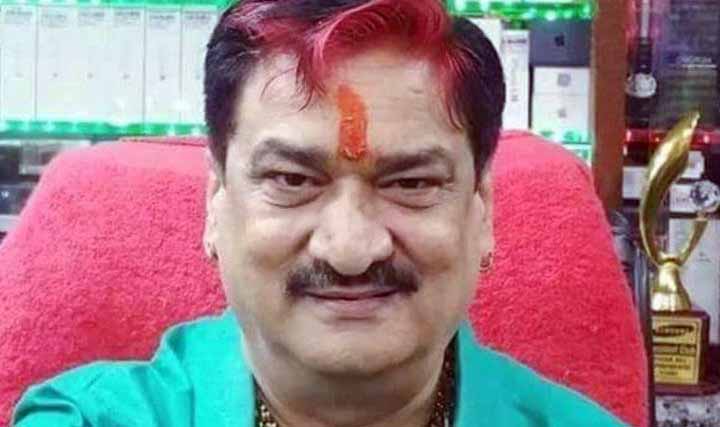 Jaipur: A mobile showroom and departmental store owner, Vasudev Israni, was murdered in Jodhpur for not paying protection money to a gang of criminals. The incident has embarrassed the police as the same victim had been shot at three months ago. He had a narrow escape at that time. Related story: Jodhpur to remain closed in protest of Vasudev Israni murder

The police provided a security guard after the incident, but couldn’t catch the criminals. The firing took place on Sunday night after the armed security guard had left. Read also: Jodhpur: SOG to investigate Vasudev Israni murder case

Vasudev was the owner of Padamaraj Mobile Showroom and Departmental Store in a posh market, just 50 meter from Sardarpura police station, in Jodhpur.

He was pulling the shutter of his shop down around 11 pm when two criminals came there on a bike and fired. One of the bullets pierced the victim’s liver. One of his helpers was also with the victim. He also sustained bullet injuries on his hand. The criminals who were masked fled from the spot.

Vasudev was rushed to a hospital where he died due to excessing bleeding. The helper is undergoing treatment.

According to reports, he had been getting threats even after the first attempt on his life three months ago. One Harendra had called him on his mobile phone 15 days ago and demanded protection money. He informed the police about the threat.

“My father was getting threats. The police had asked him to close the shop by 9 pm daily, but he got late on Sunday night,” said Harish, the victim’s son.

Home minister Gulab Chand Kataria was in Jodhpur when the incident took place.

Several businessmen have received threats from gangs of criminals in the recent past.