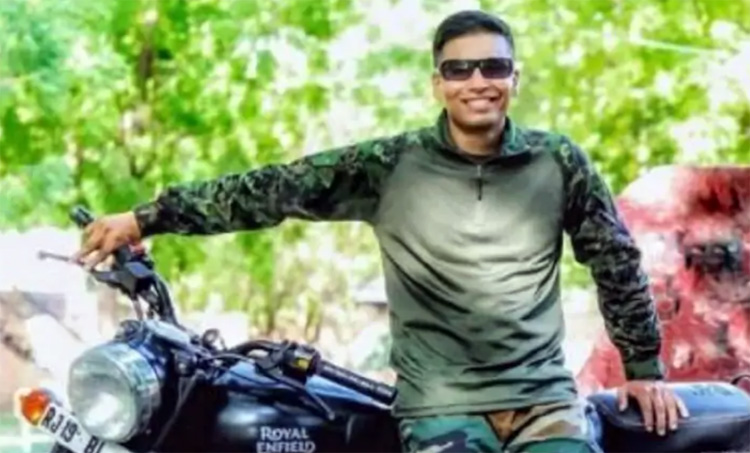 Captain Ankit Gupta whose body was recovered from a lake in Jodhpur.

Jaipur: Six days after army captain Ankit Gupta drowned in Takhat Sagar Lake in Jodhpur during a drill, his body was recovered on Tuesday. The body got suck in bushes deep in the lake.

A rescue team consisting of army commandos and divers had been searching for the body for the past five days.

The army is yet to share official information on the matter. The body was taken to the army hospital in Jodhpur and the family members have been informed. It was yet unclear whether his last rites will be held in Jodhpur or in Gurugram.

Takhat Sagar lake is used for para commando training throughout the year. Ankit Gutpa and other commandos jumped off a helicopter. They were supposed to reach a boat after jumping into the lake.

While three commandos reached the boat, Ankit Gupta disappeared. The other commandos started searching for him, but to no avail. The army headquarters in Jodhpur was informed following which a rescue operation was launched. The lake is almost 51-feet deep.