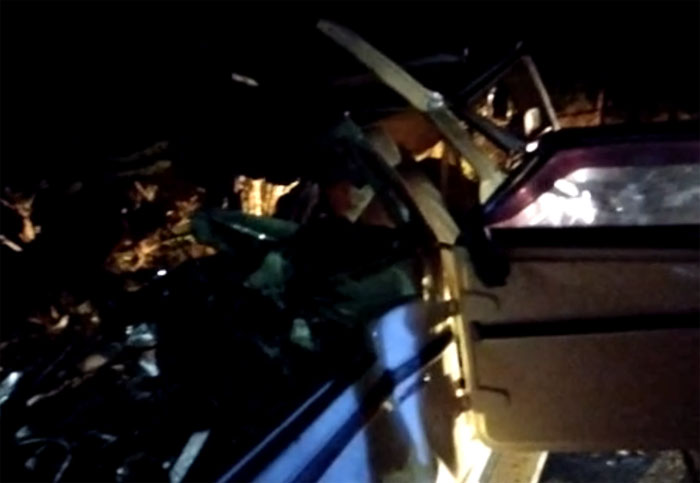 Jaipur: Six youths were killed when the Bolero they were travelling in collided with a truck near Dangiyawas on the Jodhpur-Jaipur Highway late on Sunday. The collision was so intense that two of the youths were beheaded. The SUV was trying to overtake another vehicle when it collided head-on with a truck approaching from the opposite direction.

The victims were identified as Sumer Singh (21) Rawatram (20), Manohar (21), Jitendra alias Cheeku (21), Rajesh (22) and Sikander Singh Sawar. There were seven people in the Bolero. One Chandan Singh  is undergoing treatment, according to preliminary reports. All were residents of Londari Malgaon of Beawar Sadar police station area

The mishap occurred around 11.45 pm. Road construction work was undergoing near Dangiyawas highway. Only one-way traffic was allowed. The Bolero tried to overtake another vehicle when it collided with the truck. The truck driver escaped from the spot. Some passers-by informed the police control room. A police team rushed to the spot and found the bodies trapped inside the Bolero.

Three of the victims died on the spot, while two others succumbed to injuries on the way. Another victim died while undergoing treatment.

The local residents said that the construction work is happening on a stretch of nearly 10 kilometres. The one-way traffic has caused mishaps in the past too.

The police informed the family members of the victims and sent the bodies for a postmortem examination.