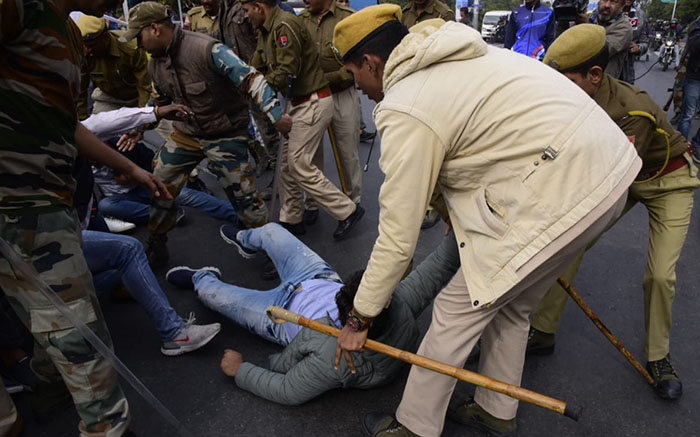 Police had to use force to disperse the crowd of NSUI and ABVP supporters.

Jaipur: At least 17 students were taken into custody from the Rajasthan University campus after the BJP-backed ABVP and Congress-backed NSUI took out demonstration rallies over the JNU attack case of Delhi. Heavy police force was deployed and the police used minor force to disperse the crowd of students before the law and order situation could have taken a turn for the worse.

The cops remained on their toes as the supporters of ABVP and NSUI were in a confronting situation. The NSUI supporters gathered outside the main gate of RU and started shouting slogans against the central government and ABVP. They took out a rally and burnt an effigy of the government. They demanded that those who attacked students and teachers in JNU should be brought to book immediately.

The ABVP also demanded action against the attackers. The supporters gathered at Vivekanand Garden and reached the main gate where they started sloganeering. It was when the supporters of both the groups were in a confronting situation. There were reports that they manhandled each other, but the police intervened and dragged them away.

Heavy police force has been deployed on the RU campus to maintain law and order.