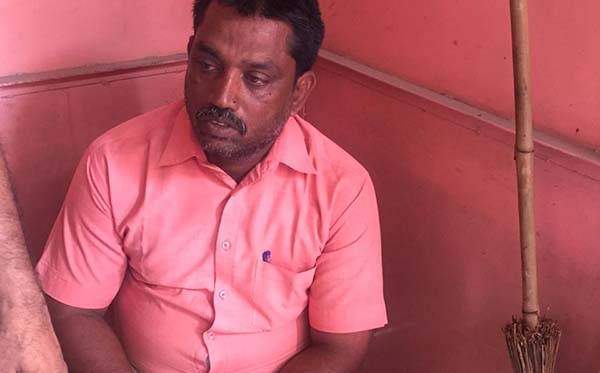 JMC SI Kaluram who was trapped by ACB on Thursday.

Jaipur: Rajasthan anti-corruption bureau (JMC) on Thursday arrested sanitary inspector, identified as Kaluram of Jaipur Municipal Corporation (JMC) after he was allegedly caught taking a bribe of Rs 4,000. The accused officer was demanding the bribe from sanitary workers for providing them attendance statement. Kaluram was deputed in Sanganer Zone of JMC and was sanitary inspector of Ward Number – 49.

According to senior JMC officials, a complaint had been received against Kaluram.

The agency verified the complaint and when it was found genuine, a trap was laid.

“Kaluram was caught red-handed taking the bribe. Further investigation is going on,” said the officer.

Kaluram was booked under various sections of Prevention of Corruption Act. He will be produced in a court soon. Searches are being carried out at his residence as well as office.