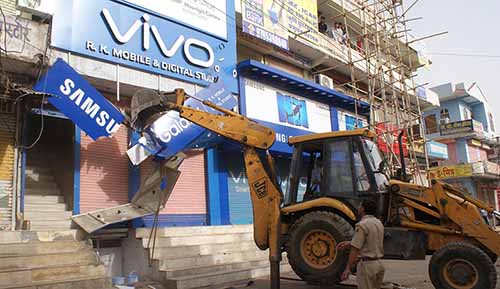 Jaipur: Jaipur municipal corporation (JMC) on Tuesday launched a massive drive against illegal advertisements put up on public places and took down large billboards, posters, banners and other types of material.

The drive was launched in Civil Lines, Moti Doongari, Vidhyadhar Nagar and Mansarovar zones of JMC.

JMC officials said that it was one of the biggest drives against defacement of public properties in Jaipur.

Several teams of JMC officials were roped in to remove illegal advertisements from public properties in half of the city under the jurisdiction of four of the eight JMC Zones. The advertisements were removed with the help of bulldozers and earth moving machines. 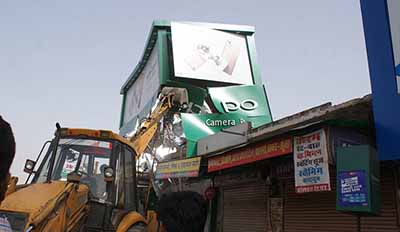 Advertisements of major brands including those by mobile networking companies were removed.

JMC officials said that a list of violators is being put together. They will be prosecuted under relevant sections of the Rajasthan Prevention of Defacement of Property Act. Hefty fines will be imposed on these violators.

The revenue branch of the JMC had carried out surveys of illegal advertisements during the past few days following which it was decided to launch the drive.