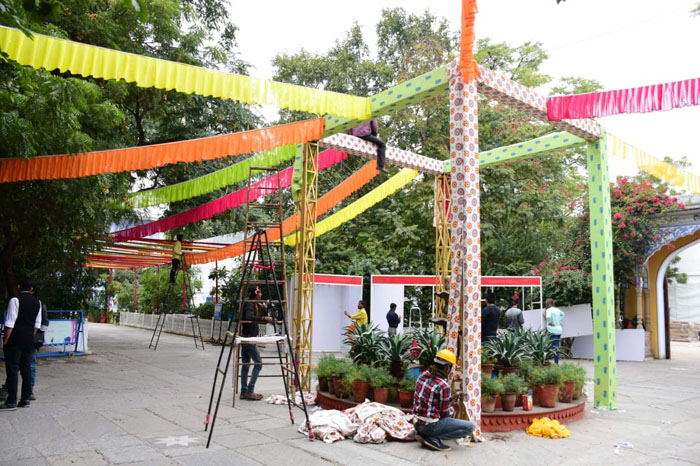 Jaipur: Jaipur Literature Festival 2020 is all set to begin from Thursday. The internationally-acclaimed event will see the participation of renowned authors and artists from all over the world.

While the mega event will definitely give the city tourism a major boost, the residents of the colonies around Diggi Palace where the event is organized have written to the police commissioner complaining that they are confined to their homes for five days every year due to encroachments and traffic chaos. They have requested the top cop to ensure the same doesn’t happen this year.

“The road connecting Tonk Road with Diggi Palace is just 40-feet wide. It is encroached upon by registration counters, shops and tent. The residents of Shivaji Marg, Diggi House Colony and other nearby colonies use this road to reach Tonk Road, but it is blocked for five days,” said a local resident.

He said that the local residents have complained to the police commissioner about this and shift the registration counters and shops to some other place so that they are not forced to remain confined to their homes for five days.

Add commissioner Ajay Pal Lamba told media persons that acting on the complaint, the police have made alternative arrangements for parking and have also asked the organizers to remove the encroachments.

The traffic department has put restrictions on the roads leading to Diggi Palace.

A senior traffic department official said that no parking will be allowed anywhere between Yadgar Junction and SMS Hospital.  The vehicles coming towards Tonk from Yadgar Junction will be diverted.