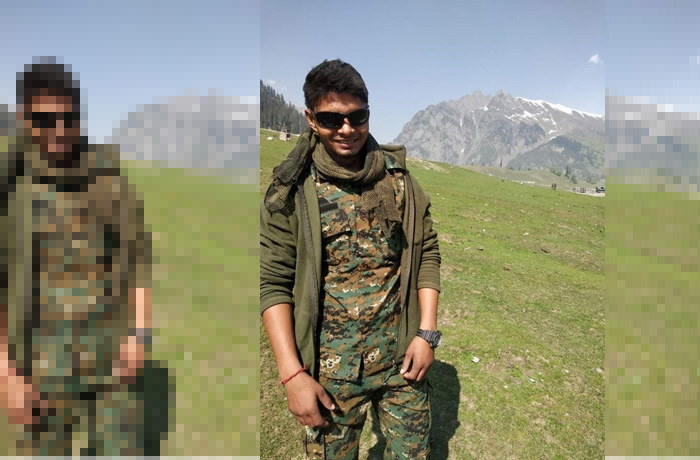 Chhatrapal Singh who was martyred in Jammu and Kashmir

Jaipur: One of the five soldiers of Indian Army who lost their lives while fighting terrorists in Jammu and Kashmir’s Kupwara district on Sunday belonged to Rajasthan. Paratrooper Chhatrapal Singh was a resident of Udaipurwati area in the state. Chief minister Ashok Gehlot expressed condolence in a tweet.

I salute the valour of our 5 soldiers including, Jhunjhunu, #Rajasthan’s braveheart paratrooper Sh Chhatrapal Singh, who were martyred in an anti-infiltration operation in Kashmir's Keran sector. My heartfelt condolences to the families of our martyrs..may God give them strength.

Chhatrapal Singh was martyred in an anti-infiltration operation in Keran sector of North Kashmir. The army jawans braced cold weather, heavy snow and rough terrains to thwart attempts of infiltration by terrorists.

The news of martyrdom reached Chhavsari village in Udaipurwati area. The villagers were shocked and grieved over the young soldier’s untimely demise.

The body of the martyr was brought to Jhunjhunu in an army chopper on Monday afternoon. District collector UD Khan and several other local administration and police officers were present.

The last rites will be conducted with full state honours in his native village.