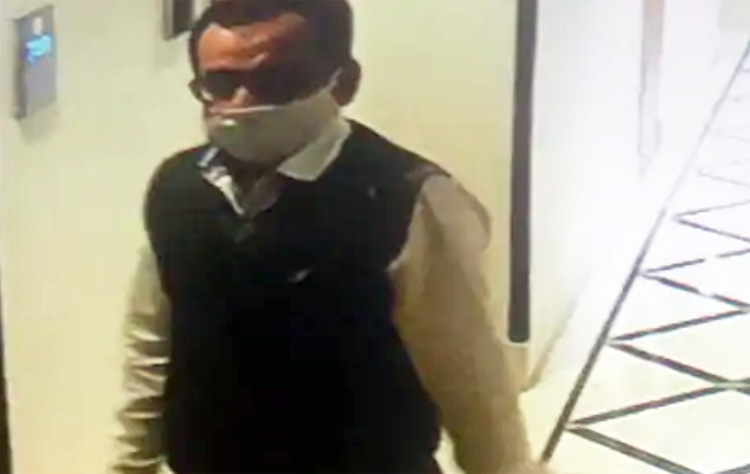 Jaipur: The city police has arrested one Jayesh Raoji Sejpal as Jayesh Sindhi, the thief who stole jewellery worth Rs 2 crore from Jaipur's five-star Hotel Clarks Amer during a wedding ceremony. The accused man was hiding at a hotel in Surat town of Gujarat.

The police are believed to have recovered the jewellery; however, there was no official statement on this till the report last came in. The police are bringing the accused to Jaipur.

Jayesh had allegedly stolen the jewellery and other valuables from the room occupied by one Rahul Banthali, a resident of Mumbai, on November 26. Rahul was attending the wedding of his relative Rajiv Bothra's daughter.

Sources said that the accused man was nabbed in a joint police operation. A Udaipur police team was also part of the operation. Jayesh fled to Gujarat on November 27, two days after he committed the theft. Four days before committing theft in Jaipur, he had stolen Rs 15 lakh from the room of a Delhi-based businessman at the five-star Hotel Trident in Udaipur. Jayesh (47), a resident of Junagadh in Gujarat, has been living in Mumbai for the past few months. He targets weddings of wealthy families organized in five-star hotels.

In Hotel Clarks Amer, he was caught on a CCTV entering the room of the victim. He stayed in Banipark area of Jaipur before committing the theft.

He took an autorickshaw from Sindhi Camp Bus Stand to reach the Clarks Amer on November 25. He didn’t use any GPS-enabled gadgets including a mobile phone to stay untraceable. He entered the hotel with the guests pretending to be a relative and stayed in the hotel for about 3-4 hours.

Jayesh then again reached Hotel Clarks Amer the next evening. After the guests left to attend a wedding ceremony, Rahul had the hotel management unlock the room pretending to be the occupant opened and escaped with the jewellery that was in the vault.