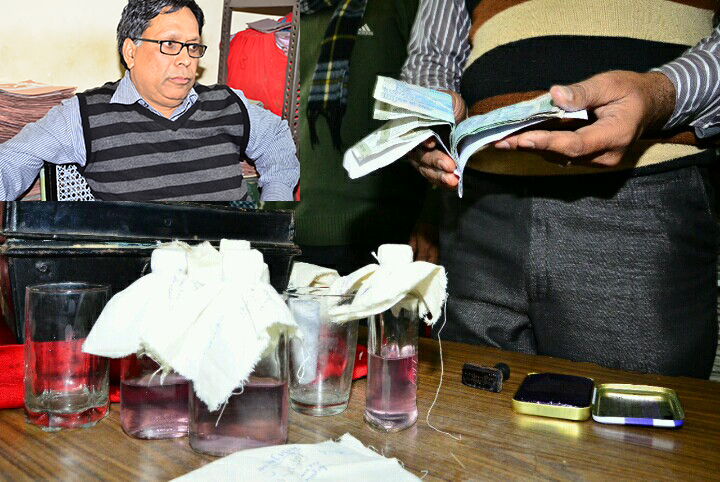 Jaipur: The anti-corruption bureau (ACB) on Friday arrested a JDA clerk for taking a bribe of Rs 2000. The clerk Roop Narayan Agarwal was demanding money for issuing an allotment letter for a plot that had been allotted in the lottery of a housing scheme for Economically Weaker Section (EWS). The ACB raid created panic at the JDA. Many employees disappeared from their offices after hearing of the raid.

According to additional superintendent of police, ACB Bajrang Singh Shekhawat, one Harish Ram Kumawat and Nanuram Kumawat complained to the agency officials that Agarwal was demanding bribe from them.

“Nanuram was allotted a plot measuring 46 square yards in a lottery for EWS recently. Nanuram deposited money for the plot and approached Agarawal for the allotment letter. The clerk demanded a bribe of Rs 5,000,” said Singh.

ACB verified the complaint and then laid a trap on Friday. The clerk was caught red-handed taking a bribe of Rs 2,000. He was booked under various sections of the Prevention of Corruption Act.

“He has been arrested and is being interrogated,” said ASP Shekhawat.