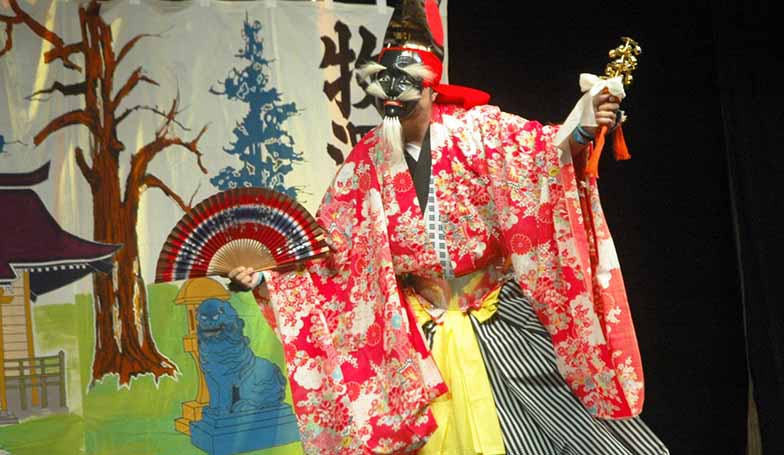 Magisawa Kagura is a folk performing art which started in 1912 when a group of 8 people performed this dance for a shrine in the Magisawa district. The performance is essentially a musical theatre for Shinto gods with toned narration and dance accompanied by big gongs, flutes and drums. The performers narrate mythological stories and folk tales through their dance.