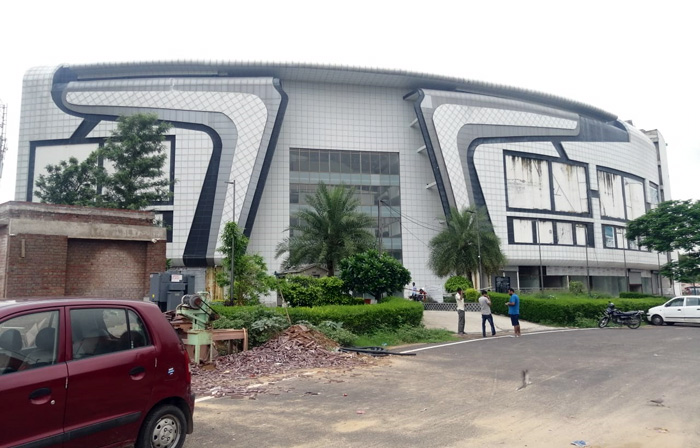 Jaipur: Jalsa Mall management moved one more step closer to opening this commercial building located in Malviya Nagar for possession as they recently received a non-objection certificate (NOC) from the Jaipur Municipal Corporation.  The mall already had the NOC for three years, but it expired in 2015. Now it has been extended for two years, according to Divya Ashirvad Properties (Pvt) Limited Director Anil Wadhwa.

The JMC conducted physical verification of the building which is at the final stages of completion. After finding the progress satisfactory and all the fire-fighting equipment in place, the NOC was extended for two more years. The NOC will need to be renewed in 2023 now.

The same conditions that applied in the NOC issued in 2012 will remain in effect, as per the JMC order.

The mall had recently cleared another legal hurdle when a release order was issued by the stamps a registrar department. In the order dated March 31, the Deputy Registrar, First stated that Jalsa Mall has been freed from all liens with regard to stamps and registry fee after the developer paid Rs 14.80 lakh.

“These are very positive outcomes. We have been trying to get all legal and administrative hurdles cleared. We are now ready to give investors possession of shops and offices that they purchased in the mall. The investors should pay their dues as soon as possible,” said Anil Wadhwa.