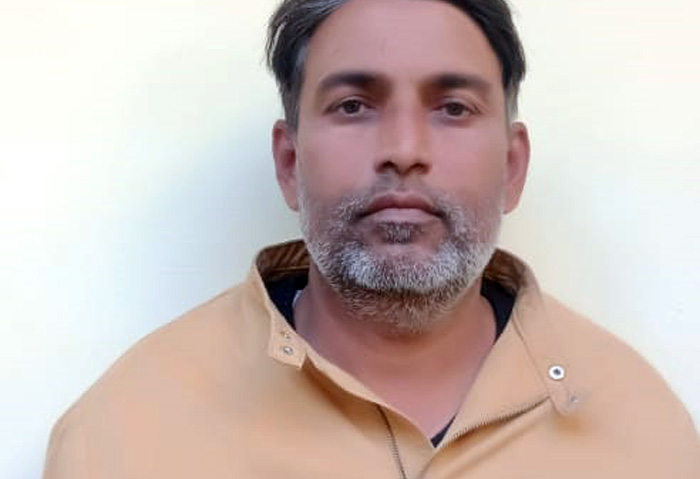 Man who was arrested for spying for Pakistan

Jaipur: A 42-year-old man was arrested from strategically sensitive area of Jaisalmer for spying for Pakistan. The state intelligence bureau had rounded up the man who shared sensitive information with Pak’s ISI from Pokhran firing range two days ago. He was booked under various sections of the Official Secrets Act

The accused, identified as Satyanarayan Paliwal is a resident of Lathi Village in Jaisalmer.

ADG, Intelligence Umesh Mishra said that the man, Satyanarayan Paliwal, was active on a bogus social media account created by Pakistan’s ISI. Satyanarayan was sharing sensitive info about Pokhran firing range and nearby Indian army areas with his Pak handlers.

According to preliminary reports, Satyanarayan was honey-trapped by a Pak-based woman. The woman befriended him on a social media platform, identifying herself as an Indian resident. She started asking for information about Pokhran firing range.

After Satyanarayan’s suspicious activities online came to light, he was put under surveillance. Sources said that he had been under the scanner of intelligence officials for the past one month. He was detained from Pokhran firing range and brought to Jaipur by a CID (special branch) team. He was quizzed here and then booked for spying.

“His mobile phones have been sent for an examination. An increasing number of people in the areas bordering Pakistan are being honey-trapped. Sharing any sensitive information about the Indian army and army areas is a serious offense,” said an officer.