Jaipurites welcome scrapping of Article 370 and 35(A) 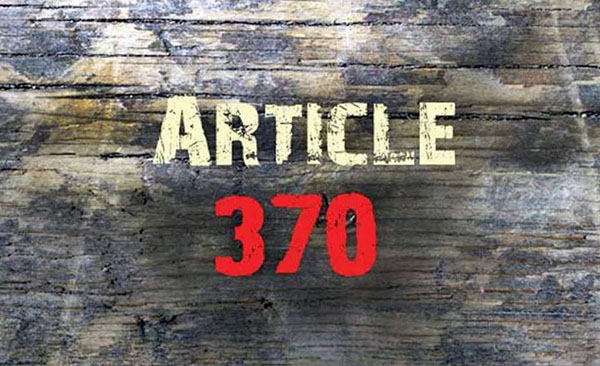 Jaipur: Video, photo and text messages went viral in WhatsApp groups in Jaipur on Monday as the central government announced to remove the Article 370 that gave Jammu and Kashmir the special status. The special status was in existence for decades in Kashmir.

The government declared Jammu & Kashmir and Ladakh as union territories.

Arpana Sharma, a resident of Sodala, said that the Narendra Modi government should be congratulated for the much-awaited move.

“India is a united national. A special status was confusing as to whether J&K is part of the country or not,” said Arpana.

She said that her WhatsApp inbox was inundated with photos and text messages from his friends and relatives as soon as Amit Shah, the home minister, made the announcement revoking Article 370 of the Constitution in the upper house of Parliament on Monday morning.

“It is a historic move which shows the government’s willingness to bring about tough changes. The decision will send a strong signal about the Indian government’s strength in the international community,” said Kamesh Pachar, a resident of Jhotwara.

The police is on high alert in Jaipur and across the state. Extra police force has been deployed in communally-sensitive areas to keep an eye on law and order situation.

The Article 370 meant the state’s residents live under a separate set of laws, including those related to citizenship, ownership of property, and fundamental rights, as compared to other Indians. As a result of this provision, Indian citizens from other states cannot purchase land or property in Jammu & Kashmir.