Jaipur: A 42-year-old woman servant was found brutally murdered at the bungalow of her employer Dr Gajendra Singh Gehlot near Golpalpura Bypass in Shiprapath police station area on Monday. The body was found in a bathroom on the roof. Someone stabbed her with a knife. The police are studying footages of nearly half a dozen CCTVs installed at the bungalow.

The victim was identified as Kalpana, a resident of West Bengal. 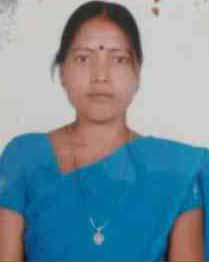 A 42-year-old woman servant was found brutally murdered at the bungalow of her employer Dr Govind Singh Gehlot near Golpalpura Bypass in Shiprapath police station area on Monday.

Police have found during preliminary investigation that Dr Gehlot was at Jaipuria Hospital when the murder took place. His wife who is also a doctor was also not home.

Sapna stayed in the bungalow with her husband, but he was also reportedly not home.

Sapna had gone to the rooftop around 7.30 am. It was when she was last seen alive.

When Dr Gehlot returned from the hospital around 10 am, he asked for her. When he didn’t get any response, the doctor’s daughter went to the roof and found the dead body lying in a pool of blood.

Most of the CCTVs cover the street outside the bungalow.

The police suspect the role of a guard deputed at a nearby private college.

The woman’s family members including husband has accused the doctor of harassment and registered a complaint with the police.

An investigation has been launched.