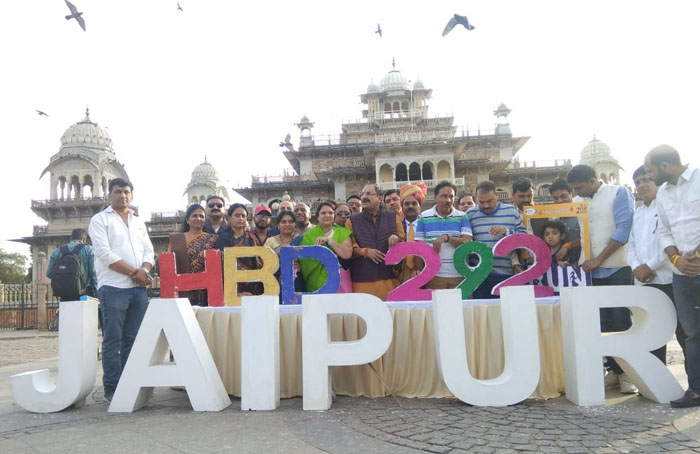 Jaipur: The Pink City of Jaipur turned 292 years old on Monday. The people, tourism department and many organizations celebrated its birthday by organizing many events across the city.

Many talk-shows and competitions were also organized in schools on this occasion.

Jaipur was founded by Maharaja Jai Singh on November 18, 1727. Earlier Amer was the capital of the then princely state. As the population increased, Maharaja Jai Singh thought of establishing a new city for the residents. The city was built over a period of eight years. The population of the city at the time of its foundation was 38,000. The Walled City was spread over 9 square miles. The population of the Walled City is about 10 lakh today. Brahmpuri was the first neighbourhood. The city is known for its heritage and culture. The Walled City was recently recognized as a World Heritage Site by UNESCO.