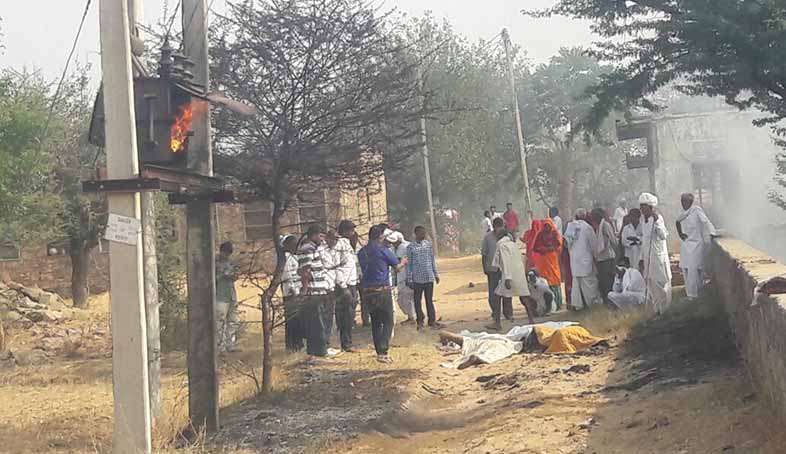 Jaipur: Fourteen people were killed while 13 others are battling for life at SMS Hospital in Jaipur following a blast in a transformer in Dhani Gujran village in Viratnagar on Tuesday. Chief minister Vasundhara Raje and several other public representatives visited the victims at the hospital and asked doctors to provide them proper medical care.

The villagers staged demonstrations accusing discom officials of negligence. They demanded a government job to a family member of the each victim. Jaipur collector Siddharth Mahajan promised a composition of Rs 10 lakh for each victim and assured that a strict action will be taken against negligence officials and employees.

The tragedy not only killed people, but also halted the wedding of two girls in Dhani Gujaran village. The two daughters of Bheruram Gujjar were to get married. A ritual was being performed the family members. The women of the family were welcoming guests when a blast occurred in a transformer near the house.

Several women and children sustained severe burn injuries. Five of the victims died on the spot, while six succumbed to burn injuries during treatment at SMS Hospital.

A probe by divisional commissioner Rajeshwar Singh has been ordered into the incident.

The victims undergoing treatment at SMS Hospital have 60 to 95 percent burns.