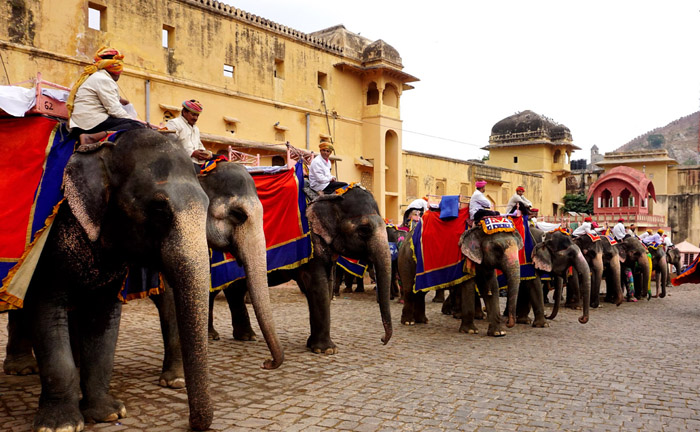 Jaipur: Despite the widespread security concerns in several parts of the country in the wake of the protests over the Citizenship Amendment Act (CAA), a record number of domestic and foreign tourists are arriving in the city to visit famous heritage sites including Amer Fort, Hawa Mahal and Nahargarh. The city’s wildlife is also attracting a lot of tourists going by a steep increase in the footfall at Jhalana forests and Nahargarh Biological Park.

“The tourism season is at its peak now. A record number of people are arriving in the Pink City ahead of the new year. On September 27, as many as 13,000 people visited Amer Fort, the highest this year. Nearly 6,000 people on average are visiting Hawa Mahal (The Palace of Winds). The footfall to Nahargarh Biological Park has increased to 3,000-4,000 people per day,” said a senior tourism department officer.

He added that the UNESCO recognizing Jaipur’s Walled City as a World Heritage Site has also helped the department market the city’s tourism destinations, particularly among international tourists.

Tourist industry experts say that the number of tourists will continue to be high till at least January 10.

“The hotels are reporting 100% occupancy. Traffic jam on roads leading to popular tourist destinations, particularly Amer Fort, are reported frequently. There should be more traffic policemen to manage the traffic on these roads,” said Rameshwar Sandhu, a travel agent.