The rally was kicked off from SMS Stadium around 8 am and it ended at Ramniwas Bagh. 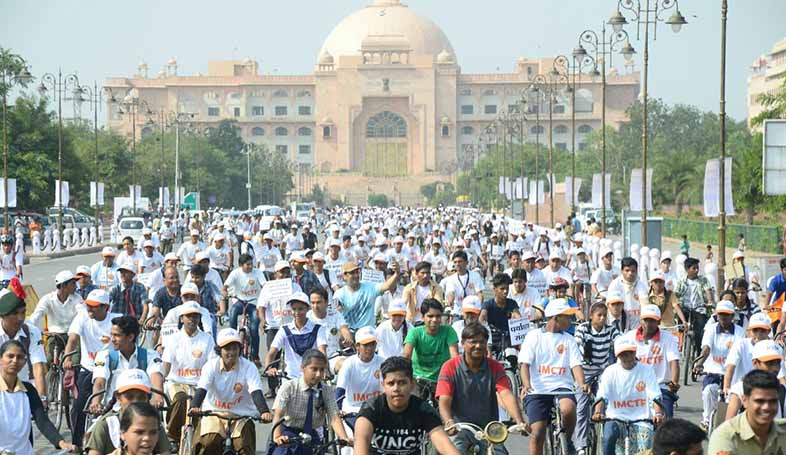 Jaipur: HSS Cyclothon – 2017 – organized to spread awareness about environmental protection in Jaipur on Saturday – tuned out to be a huge success as thousands of people enthusiastically took part in the event.

The rally was kicked off from SMS Stadium around 8 am and it ended at Ramniwas Bagh.

Nearly 5000 people participated in the event, organized by Hindu Spiritual and Services Foundation.

People from all walks of life – from children and woman to elderlies – enthusiastically took part in Cyclothon. NCC scout guides, Rajasthan police jawans and Nehru Yuva Kendra volunteers also participated in the rally.

Foundation secretary Somkant Sharma said that increasing traffic has had a negative impact on people’s health and the environment.

“The only solution is to protect the environment. In order to spread awareness among people, we organized this event. People should use bicycles more as they are environment friendly,” said Sharma.