Abhishek was caught on CCTV clicking the photograph of the question paper. He was sending the questions to someone via WhatsApp so that he could get answers. 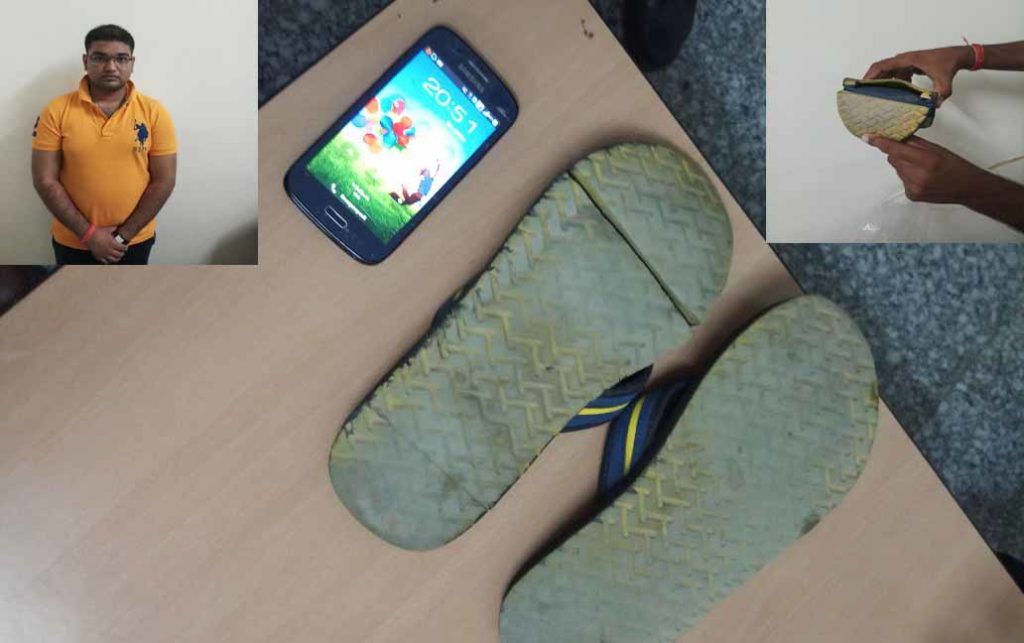 Abhishek from Uttar Pradesh who was arrested cheating in AIIMS exam.

Jaipur: A student was arrested while cheating in AIIMS entrance exam conducted in Jaipur on Sunday. The accused, identified Abhishek, a resident of Deoria in Uttar Pradesh, managed to bring a cellphone in the examination center after hiding it in his footwear. He, however, ran out of luck while attempting to click a photograph of the question paper as his act was caught on a CCTV, bringing it to the notice of exam invigilators. Police officials said that Abhishek was sending the questions to someone via WhatsApp so that he could get answers. Abhishek was appearing in the AIIMS entrance exam at Maharshi Arvind College in Bhankrota in Jaipur on Sunday. He had cut out a part of the outsole of the footwear. He hid his mobile phone there. When the examination was being conducted, he took the mobile out of its hiding place and clicked the image of the question paper. “He was sending the paper to a teacher in Uttar Pradesh so that he could get answers to the paper. But there were CCTVs installed in the examination center. His act was caught on the CCTV. It alerted the invigilators. They seized his mobile phone and handed him to the police. An FIR has been registered against him. He was arrested. Further investigation is going on,” said the officer.
Follow @ThePinkcityPost