Those arrested were identified as Pramod Kumar Yadav (26), Vinay Kumar Gupta (25), Avnish Kumar Singh (27) and Chetram Meena (25). While Chetram belongs to Kanlyanpura in Rajgarh area of Alwar district, the other three hail from Bihar. 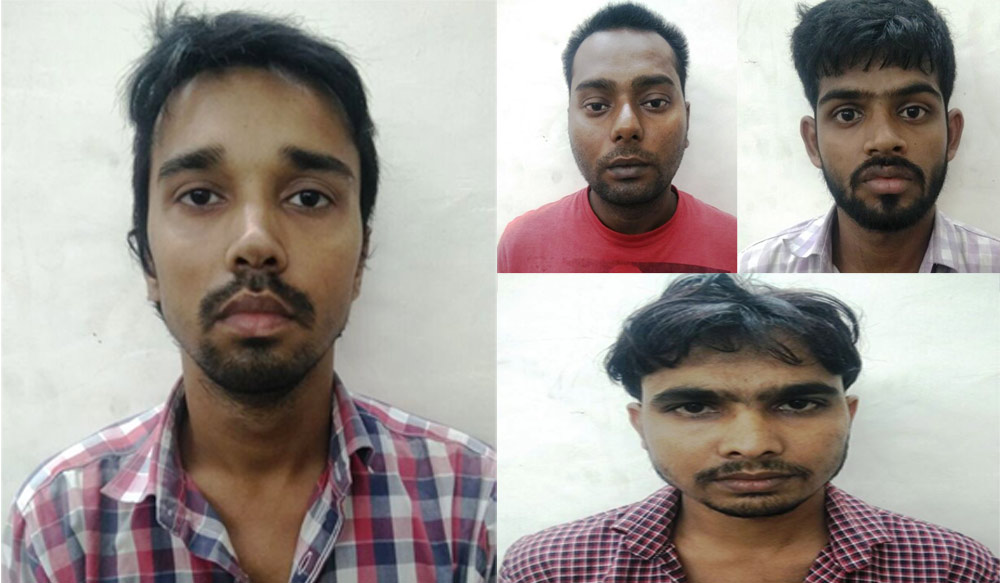 Jaipur: Rajasthan special operations group (SOG) have busted a gang involved in helping  candidates to cheat by impersonation in SSC and Rajasthan police constable exams and arrested four men on Sunday evening. Officials said that while SSC exam took place on July 15, the constable exam was held on July 14 and July 15. In both the exams, the accused men were getting bogus candidates to appear in place of the real ones.

Those arrested were identified as Pramod Kumar Yadav (26), Vinay Kumar Gupta (25), Avnish Kumar Singh (27) and Chetram Meena (25). While Chetram belongs to Kanlyanpura in Rajgarh area of Alwar district, the other three hail from Bihar.

“We got a tip off that some men were planning to appear in the SSC and police constable exam in place of real candidates. Acting on the tip-off, police teams were deputed under the supervision of DIG Sanjay Kshotriya at public places to keep a tab on suspicious people. Some suspects were spotted at Narayan Singh Circle. They were waiting for buses to leave for Jaipur on Sunday evening after the constable exam,” said ADG, SOG Umesh Mishra.

“It came up during investigation that Pramod had first taken flight to Delhi and then hired a cab to reach Jaipur. he appeared in the exam in place of a real candidate. Vinay and Avnish also came to Jaipur from Delhi a day before the exam was to be held. Vinay had in fact gone to Sikar to appear in the exam, but when he saw tight security, he gave up his plan,” said the officer.

The mastermind of this gang is yet to be held and SOG teams have left for other cities in his search.

“The gang has attempted to help candidates to cheat in exams related to SSC, SBI Bank, DDA, Metro, FCI and UP police. Further investigation is going on,” said the officer.