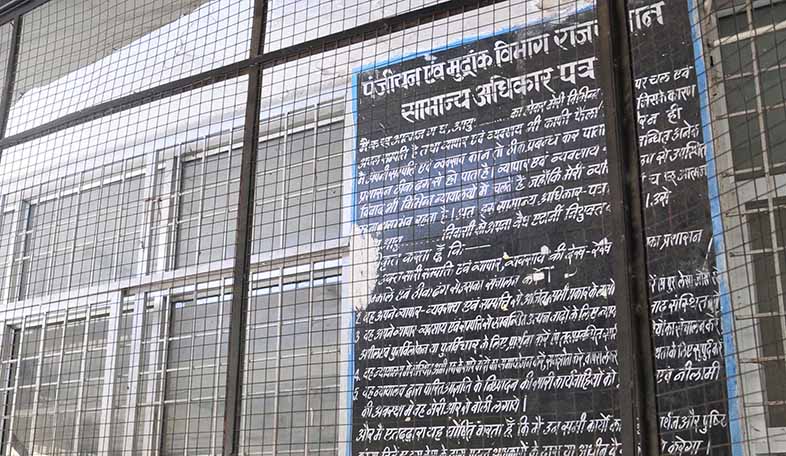 Jaipur: The revised DLC rate for land in Jaipur came into force on Monday. The district administration had revised the rates recently and increased them by 10%-15%. In the wake of the increase, the number of land registries increased over the past few days.

“The new rates have been uploaded into the software, so we will be able to prepare registries with the increased DLC rates in Jaipur city and other areas of the district,” said a senior district administration officer.

To avoid paying more for the registry, the people queued up outside sub registrar offices in the Jaipur district collectorate building. According to the officials, there was an increase of almost 25% in the number of registries in the first week of September compared to the last week of August. The people also flocked the sub-registrar offices across the city including the one in JDA till Friday to save money on registry.

The DLC rates can be increased up to 49% once every year. The stamp duty and registration fee is charged based on the DLC rate prevailing in the area where the property transaction is taking place. Experts said that the DLC rates are still less than the market rates, but the increase will cause the home prices to go up.

The property markets are already sluggish in Jaipur. The builders said that the increase in DLC rates will further dissuade buyers from getting into the market.

As per the revised DLC rates, the most expensive area is C-Scheme where the DLC rate is now Rs. 60,080 per square meter. In Civil Lines, it has been increased to Rs. 50550. About DLC rates have been determined for 500 colonies where they earlier didn’t exist. Besides, the DLC rates for the villages situated near state and mega highways also have been increased.