Mahant Vishambhar Das had defrauded the victim of lakhs of rupees. 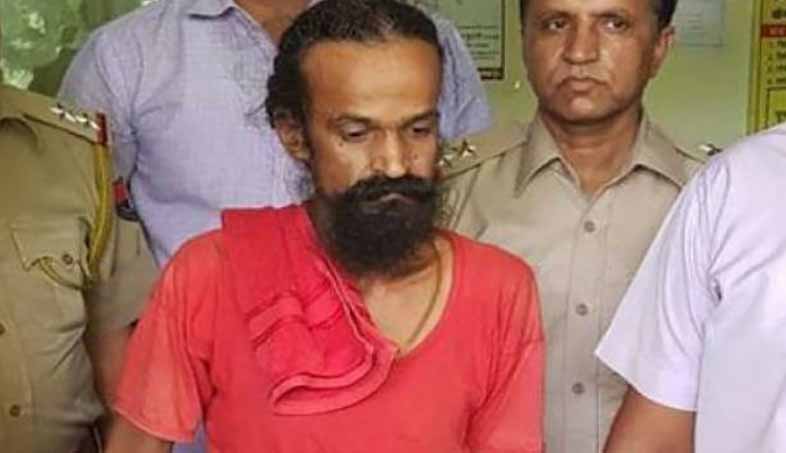 Mahant Vishambhar Das was arrested on charges of abatement to suicide.

Jaipur: A day after five members of a family consumed poison in Kardhani area of Jaipur, the police arrested the priest (mahant) Vishambhar Das on charges of abatement to suicide. Four of the family members had died, while one was battling for life at SMS Hospital in Jaipur. He too died on Thursday.

Police said that mahant Vishambhar Das had defrauded the head of the family, Dungarmal Jangir –  a property dealer, of lakhs of rupees in the name of occult practices.

Dungarmal had borrowed a huge sum of money when he suffered losses in business. He gave some of it to the priest, but the latter didn’t return it. Police said that he committed suicide due to financial distress. He got his wife and three children to consume poison before ending his own life.

Those who died were identified as Dungarmal, his wife Suman (41), daughter Khushi (14), and son Jitendra (21). Younger son Dharmendra (16) also consumed poison, but he survived. He was undergoing treatment at SMS Hospital where he died on Thursday.

“We have arrested Vishambhar Das under section 306 of IPC for abatement to suicide and some other charges. Further investigation is going on,” said a police officer. The accused is a priest at Sri Janaki Sitaram Temple in Mahal Yojana of Jagatpura.

The incident took place in Sarvodaya Enclave. Dungarmal had fled from his house to avoid lenders nearly two years ago after many cheques he had given to lenders bounced. His wife registered a missing person’s report with the police. Dungarmal returned after remaining six months in hiding.

According to the police, when no one opened the house door until 10 in the morning, Dungarmal’s sister and neighbors repeatedly knocked on the door. Dungarmal finally walked to the door in a semi-unconcious state and opened it.

Neighbors rushed Dungarmal, his wife Suman, daughter Khushi and sons Dharmendra and Jitendra to SMS Hospital where Suman, Jitendra and Khushi were pronounced dead on arrival. Dungarram and Dharmendra were admitted to hospital. Dungarmal too passed away a few hours later. Dharmendra also died on Thursday.

Senior police officers said that Dungarram belonged to Nagor’s Deedwana village and had been living in Sarvodaya Enclave in Jaipur for the last 20 years. He was a property dealer.