On this day nine years ago, serial blasts in the Walled City killed 72 people, left 175 others injured. 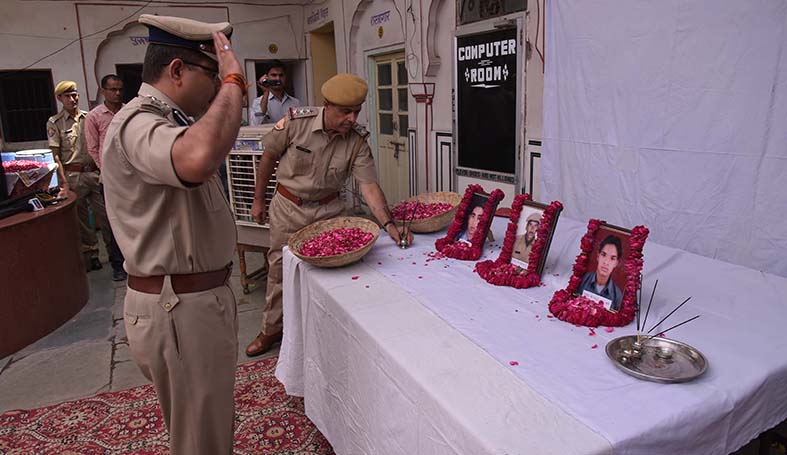 Jaipur: A series of blasts rippled through the Walled City in Jaipur, exactly nine years ago, killing 72 people and leaving hundreds of others seriously injured.

Many of them were crippled for life, but people got to see a completely new spirit of the city. It recovered from the shock and agony of the horrifying incident and carried on.

Many organizations and people in the city on Saturday remembered those who were killed and injured. Candle lights were lit.

Police commissionerate office paid homage to three policemen who were martyred in the incident.

Duo was sentenced capital punishment along with other terrorists.

Three others wanted in connection with Jaipur blasts are still at large.

A total of nine FIRs had been registered.