Jaipur: One dies, another injured in freak accident under Elevated Road on Ajmer Road

An iron angle bar pierces victims' bodies. The mishap occurred around 11 pm. Sagar Choudhary was a resident of South Colony in Niwaru Road area of Jhotwara. He owned a gym. He was about to have dinner when his friends turned up. 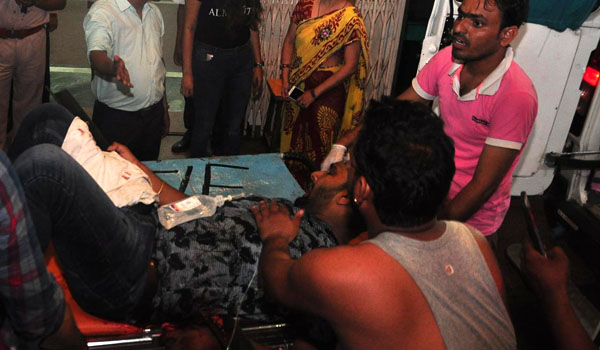 Iron bar pierces the body of one Dilip in a road accident under Elevated Road.

Jaipur: A 30-year-old man, identified as Sagar Choudhary, was killed while his friend was seriously injured when the car they were traveling in collided with an iron angle bar installed to protect plants under the Elevated Road on Ajmer Road. In the freak mishap, the angle bar pierced Sagar’s body and then that of his friend Dilip. While Sagar died, efforts were on to remove the angle bar from Dilip’s body. 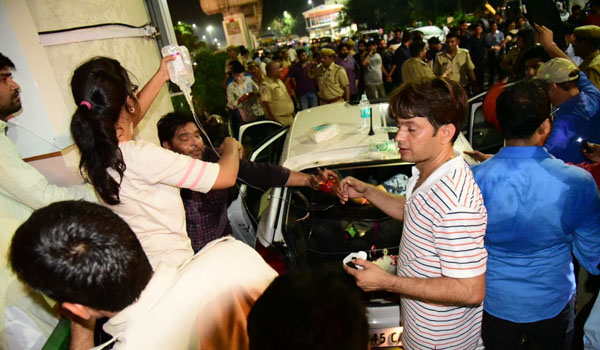 Doctors trying to save and pull victims out of the vehicle after accident.

The mishap occurred around 11 pm. Sagar was a resident of South Colony in Niwaru Road area of Jhotwara. He owned a gym. He was about to have dinner when his friends turned up at his house. Sagar told his family members that he would come back in a few minutes after going on a drive with his friends. 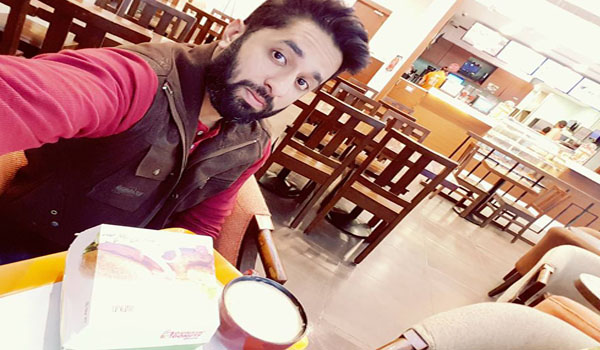 Sagar was driving the car when it hit the iron angle bar. According to eye-witnesses, the care was on its way to Sodala from Vaishali Nagar. These bars have been installed under Elevated Road on Ajmer Road to protect the plants. The collision was so intense that the iron bar pierced the body of the car. It penetrated Sagar’s body. The bar then pierced Dilip’s back. 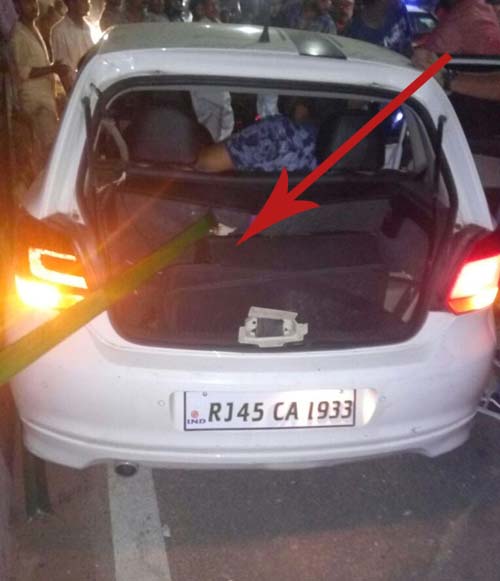 Iron angle bar pierced the car. One of the victims, Dilip sitting in the vehicle while bar piercing his body.

“Since Sagar couldn’t be pulled out of the car, the doctors tried to treat him in the vehicle for two hours. He succumbed to injuries. The angle bar was cut off and Dilip was pulled out. He was rushed to a hospital where his condition is serious,” said a police officer. Sagar and his friends first watched FIFA final match and then left for Sodala for some work. One friend Nilesh was also with the group, but he got off the car outside a mall at Vaishali Nagar. Nilesh got to know about the accident a few minutes after the accident.
Follow @ThePinkcityPost