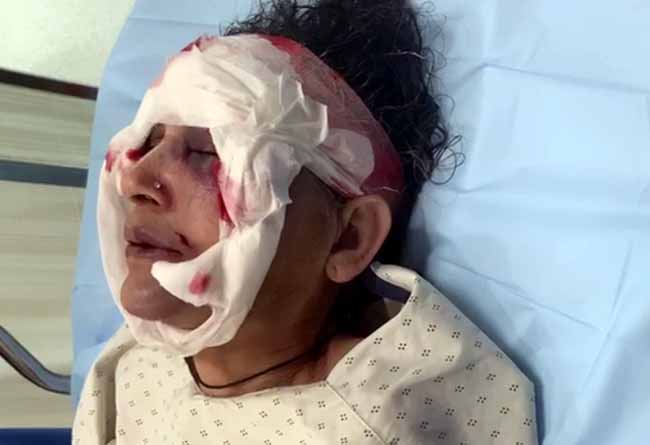 Jaipur: A servant of a businessman attacked an elderly woman with scissors and iron rod and made away with cash and valuables in Chitrakoot area of Jaipur on Friday afternoon. The 65-year-old woman was alone in the house as his son and other family members were on a pilgrimage in Udaipur. The woman was seriously injured. She was admitted to SMS Hospital in critical condition. However, the exam items and cash robbed are yet to be identified, the police suspect that the value of the booty may run into several lakhs.

The incident took place at the flat belonging to Omprakash Khandelwal in Gandhi Path of Chitrakoot. Omprakash’s son Yogesh supplies food items to hotels in the city. Omprakash, Yogesh, Yogesh’s wife and two children had gone to Nathdrawa on a religious visit. Omprakash’s wife Chanda Devi was alone in the flat.

The family had a domestic help identified as Sanjay. He used to live in the servant quarters on the ground floor of the apartment building. It is suspected that Sanjay attacked Chanda with scissors and other objects on her head around 1.30 pm and made away with valuables and cash.

A neighbour entered the flat to visit Chanda when she saw the elederly woman lying in a pool of blood, completely unconscious. The woman was rushed to a private hospital. The police arrived at the spot and informed the family members in Udaipur. They immediately left for Jaipur.

The police have found CCTV footages of the incident. A massive hunt has been launched for the domestic help. Further investigation is going on.