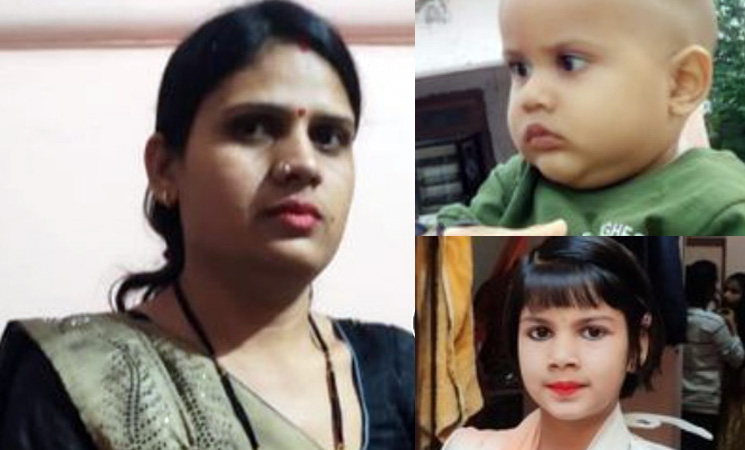 The woman and her two children

Jaipur: A woman killed her two children by hanging them and then committed suicide in Govindgarh area of Jaipur rural late on Monday. The woman’s husband is posted as a constable in RAC Battalion in Jaipur. He had left home to report for duty on Monday after a month-long leave from work. The police said that an investigation has been launched to ascertain as to what caused the woman to take such a drastic step, but didn’t rule out the possibility of a family dispute.

“Ravindra Sethi had spent time with his family for a month and left home to report for duty on Monday,” said the officer. His wife Manisha went to her room with the two children. She allegedly hanged her two children from the ceiling of the room and then committed suicide by hanging herself during the night.

Manisha did not come out of her room till 8 am on Tuesday. She used to wake up early and make tea for her father-in-law. The father-in-law repeatedly knocked on the door but didn’t get any response. He pushed the door open and found both the children and Manisha hanging using a sari. He started shouting for help following the neighbours rushed there and informed the police.

The police had a forensic examination of the room conducted with the help of an FSL team. All three bodies have been put in the mortuary of Chomu Government Hospital for post-mortem examination.