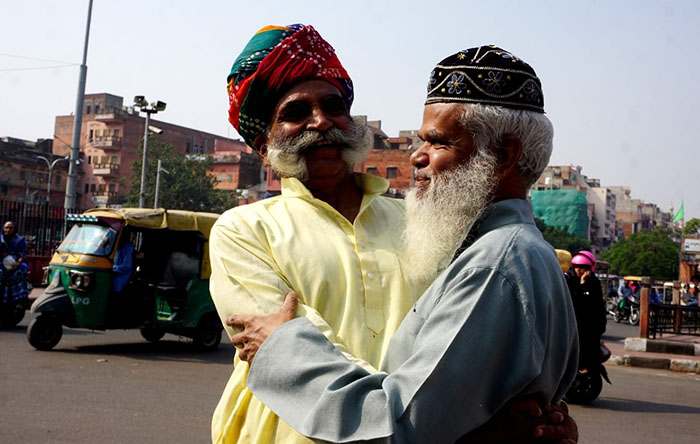 Peace and harmony prevails in Jaipur after the Ayodhya verdict.

Jaipur: Two days after mobile internet services were snapped as a precautionary measure in the wake of the Supreme Court verdict in Ayodhya case, the people finally heaved a sigh of relief on Monday. The services were resumed about 8 am on Monday.

The internet ban had severely affected online transactions. And as soon as the services resumed, the people started using WhatsApp and other social media platforms to communicate with their friends and relatives. The people however stayed away from circulating messages related to Ayodhya verdict keeping in view the police’s warning against spreading rumours and communal hatred.

The section 144 of CrPC which bans gathering of five or more people can also be lifted as no untoward incident has been reported in the city.

The schools also reopened, but a lot of parents didn’t send their children to schools on Monday, particularly in the Walled City areas.

“No untoward incident was reported, so we have decided to lift the ban on the mobile internet services,” divisional commissioner KC Verma told media persons.

He added that the police are keeping a close eye on the law and order situation.

The police had on Saturday arrested a man from Shashtri Nagar for circulating objectionable messages on WhatsApp. The man was produced in a court that sent him to a 1-day police remand.