The national anthem and song to be played in all zonal offices, fire stations also. 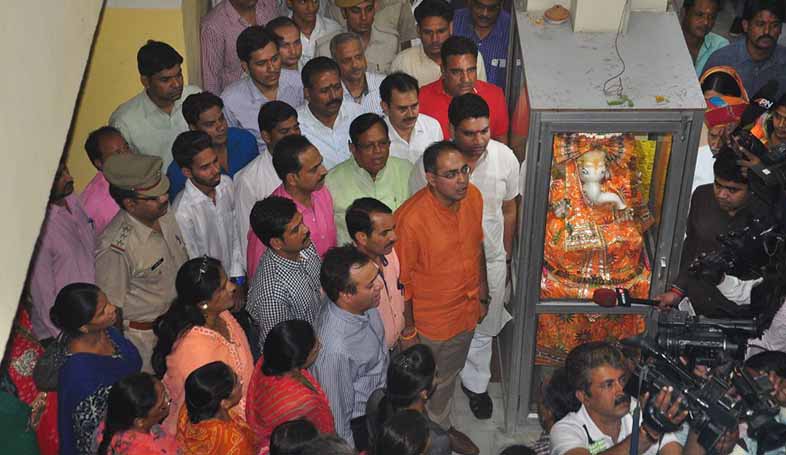 The Major while speaking to reporters at JMC stated that those unwilling to sing the national anthem and song “could go to Pakistan”. The national anthem will be played at 9.50 am and national song at 5.55 pm every day according to the orders signed by an Additional Municipal Commissioner. For this, the staff will have to be present at a specified place.

Lahoti defended the decision stating that the JMC directive had not asked anyone to raise religious slogans. He stated that if someone residing in this country wants to oppose its national anthem and national song can do so, however, should then go to Pakistan. Lahoti, a senior BJP leader, is a former president of Bharatiya Janata Yuva Morcha. The mayor also stated that this new practice will ensure that officials are motivated to do good work and curb corruption. He also opined that it will help in developing a habit among the employees to reach office on time and stay till it closes.

Mayor’s remarks though drew sharp criticism from the Congress party. The part is of the view that Lohati is trying to conceal civic service failures of JMC and diverting the core issues faced by the city. The party opined that the Mayor, by making a reference to Pakistan, wants to prove their patriotism like many other leaders in his party.

Meanwhile, the Rajasthan unit of Jamaat-e-Islami Hind (JIH) has demanded an immediate withdrawal of the order. The JIH said the order aims at questioning the patriotism of minority communities and is an example of certain people imposing their viewpoints of nationalism on others.