Jaipur: Man kills girlfriend for refusing to marry him

Murder took place in a farmhouse in Chaksu on June 24. 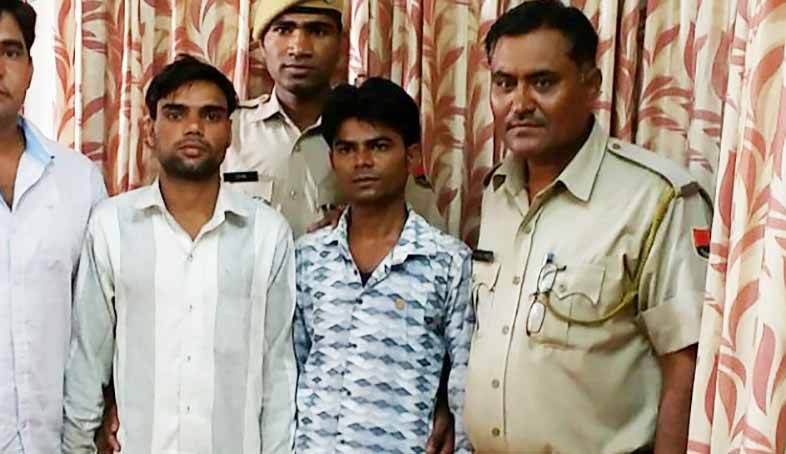 Jaipur: A man killed his girlfriend when she didn’t agree to marry him even after four years of courtship. The man with the help of his friend used the cable of a mobile battery charger and strangled her to death. The police have arrested the duo.

The two were identified as Hariom alias Deepesh Yogi (24) and Ramesh Yogi. Hariom, a resident of Malarana Dungar in Sawaimadhopur, lived in a rented accommodation in Jaipur’s Pratap Nagar sector – 17. Ramesh is a native of Hariom’s village.

An FIR had been registered with Chaksu police station on June 25 by one Heeralal who works at a farm house in Chaksu. He lives there in servant quarters with his wife and two daughters.

When he woke up on June 25, he found the body of his one of the two daughters – Khushboo – wrapped in a blanket. A mobile phone charger cable was wrapped around her neck and she was gagged with a stole.

The Chaksu police found during investigation that Khushboo had been close to Hariom for the past four years. Unaware of the relationship, the family members were trying to find a groom for the girl and even making preparations for engagement. Hariom started pressurizing Khushboo to elope with him, but since they were cousins in a distant relationship, the girl was reluctant.

It made Hariom furious. As he didn’t know bike riding he asked his friend Ramesh to drive him to the farm house on the night of June 24. Ramesh stood outside the farmhouse, while Hariom went inside. He strangled her to death with the cable and fled from the spot.