25-year-old Muhammad Faisal Siddiqui was taking the 2-year-old daughter of his friend to buy her chocolates from a shop in Vishwakarma Industrial Area (VKI) in Jaipur when a mob tied him to an electricity pole and beat him up. 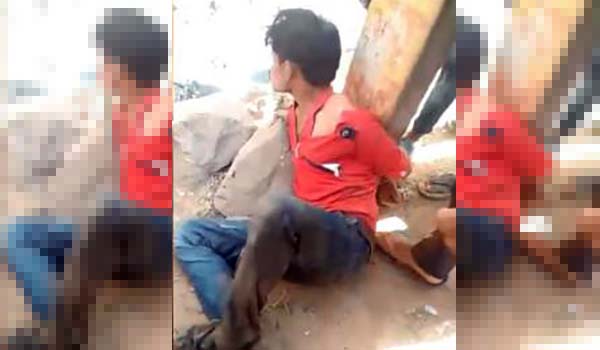 Mob beating up man in Vishwakarma area of Jaipur on suspicion of child kidnap. The video went viral on social media

Jaipur: A 25-year-old man was tied to a pole and beaten up by a mob in Jaipur on suspicion that he was kidnapping a child for rape. The man died at SMS Hospital in Jaipur after undergoing treatment for 17 days.

The man, identified as Muhammad Faisal Siddiqui was a resident of Kanpur in Uttar Pradesh. Some people made a video of lynching and then uploaded it on social media. The video went viral following which the police arrested two men, identified as Nishant Modi and Mahendra Kala. One of the two arrested men is a known criminal, according to the police.

The man was working at a factory in VKI area of Jaipur. The incident happened on February 3. 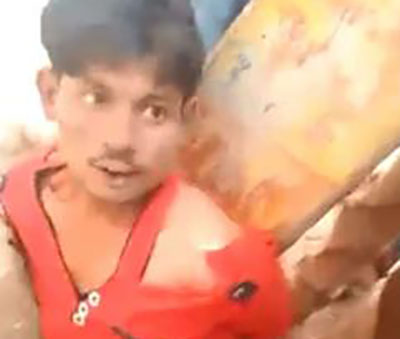 The mob tied him to an electricity pole and then beat him up severely. Someone informed Aslam that his daughter was stranded in Gautam Vihar Road area. He rushed to the spot and informed the police.

The cops took the victim to SMS Hospital for treatment.

“He had sustained serious internal injuries. He died while undergoing treatment on Wednesday,” said a police officer.

There were women and children in the mob, but nobody came forward to rescue the victim. He started bleeding from mouth and nose and cried for help, according to eyewitnesses. He got both his legs fractured in the beating.