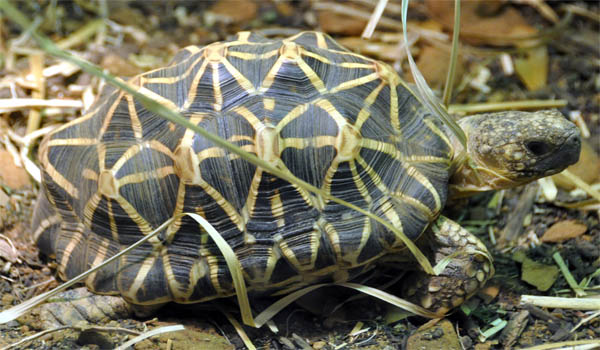 Jaipur: Jaipur police and a team of forest department officials arrested a man on Tuesday identified as Vishal Singh for keeping a star tortoise at his house. The man has been keeping the protected wild animal for the past one and a half years. He brought the tortoise due to his superstition that it was a good omen and bring him fortune.

The accused Vishal Singh is a resident of Malviya Nagar area in Jaipur. Police arrested the accused from his house on Tuesday after getting the information.

According to the police, Vishal Singh has confessed that he used to worship the tortoise with Hindu rituals. Some Pundit told him to keep the tortoise at his house as a solution to his family-related problems and Vastu.

The star tortoise has been seized and placed in the care of wildlife experts, added officials.

A case under relevant sections of wildlife protection act 1972 has been registered by the forest department following his arrest.

The keeping and trading of wildlife and wildlife parts or products is an offense in India and other parts of the world.

Last year in November, the government railway police (GRP) of Jaipur arrested a woman for smuggling turtles and other animal parts. Around 38 turtles were found with her. She stuffed the protected animals in a piece of cloth and was traveling with a 2-year-old girl and was arrested at Jaipur railway station.