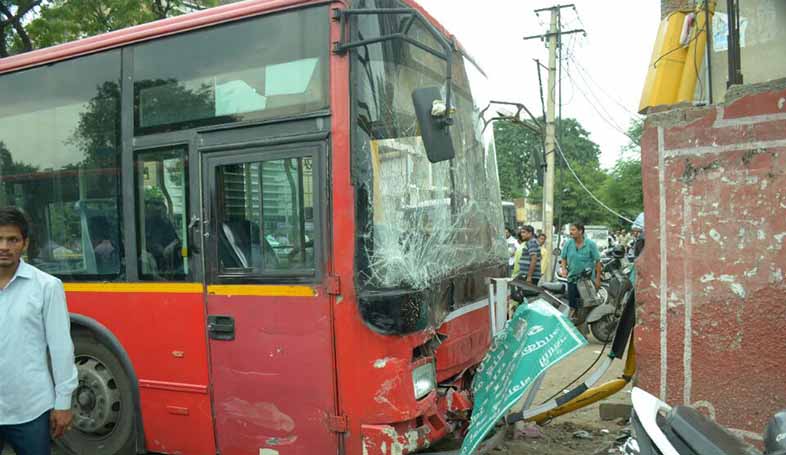 Jaipur: The Jaipur police have identified the driver of the low-floor bus that mowed down a 19-year-old boy and seriously injured a girl, dragging her for nearly 35 feet while she was crossing the road using the zebra line at University Tiraha two days ago.

The driver was identified as Ramkesh Meean, a resident of Sawaimadhopur.

The driver said that the accident happened as the brakes of the bus failed. He also admitted that he was in a hurry to reach his next destination.

Click on the link below to watch the video:

He said that he tried to apply brakes when the light turned red at the junction, but was shocked to find that the breaks were not working. Instead of slowing down, the bus gained speed.

The bus driver argued that he had to deviate the bus towards the building on the roadside to avoid causalities.

The driver said that he had fled the spot after the mishap as he feared the mob would beat him. He fled to his village. An FIR has been registered against him.

A CCTV shows the bus coming from Rambagh Circle suddenly deviating from its direction, hitting the girl, identified as Vandna Kumari and dragging her for at least 35 feet. While the girl had a miraculous escape, the scooty rider, 19-year-old Vishal, was killed on the spot. 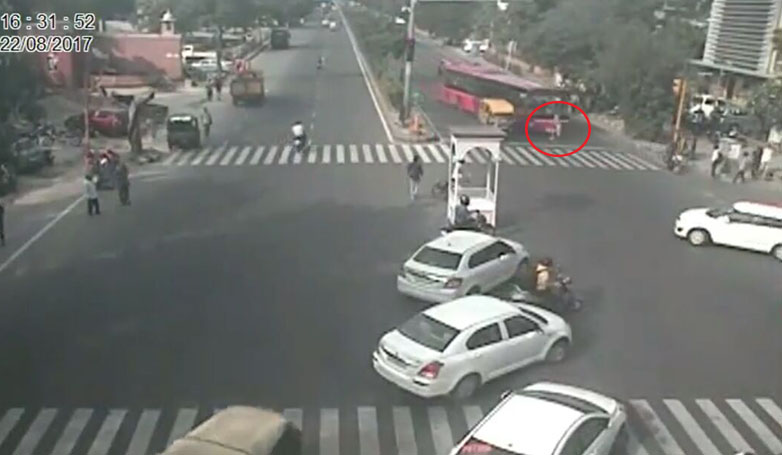 A low floor bus hitting a girl who was crossing zebra line and then dragging her for almost 35 feet. Scroll down to watch the video.

The mishap occurred at 4.32 pm at University Tiraha near JMC headquarters on Tonk Road on Tuesday.

Low-floor buses have claimed almost six lives in the past seven months, causing dozens of accidents. At least 35 breakdowns have been reported with 26 FIRs being registered against low floor bus drivers in the same period.

The lack of maintenance and upkeep is the primary reason for these accidents, but JCTSL have not paid any attention to complaints of bus breakdowns causing accidents on a regular basis.

Click on the link below to watch the video: