Harendra Bishnoi alias Laden was the main accused. Thirteen robbers attempted to loot Axis Bank’s chest branch in Jaipur, but their bid was foiled by a police constable. 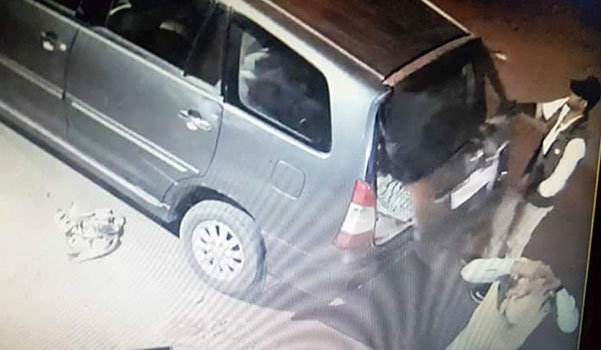 Jaipur: The main accused in the case of Rs 925 crore Axis Bank robbery attempt in Jaipur was arrested on Tuesday. The man who goes by the nickname ‘Laden’ was identified as Harendra Bishnoi, a resident of Jodhpur district. He had put together a team of 13 robbers for looting Axis Bank’s chest branch at Ramesh Marg in C-Scheme in Jaipur earlier this month. A total of 10 people have been arrested in connection with the robbery.

The police on Monday arrested three people including a serving ASI of Haryana police, identified as Rakesh Kumar in connection with the robbery. Two others were identified as Ravindra alias Ravi and Kapil. All the three accused are residents of Haryana.

Six other robbers were held by a joint team of Jaipur and Jodhpur police on February 11. All the six men – Pramod Ram Bishnoi, Prakash Jatia, Pawan Jatia, Dharmendra Jatia, Dinesh Lohar and Jaiprakash Jatia – were arrested from Jodhpur and Osian.

The robbers had attempted to loot Rs 925 crore from the chest branch of Axis bank in Jaipur on February 6.

The robbery attempt had been foiled by the alertness of a police security guard, Sitaram. A staging amount of money – nearly Rs 925 crore – was in the building  – located at Ramesh Marg of C-Scheme. Nearly 13 robbers attempted to carry out the daredevil loot at Axis Bank around 2.30 am on Tuesday. They tied up the private security guard, but had to escape when Sitaram opened fire.