Jaipur Kala Chaupal: A festival of colors to be organized in October

Home » City Reports » Jaipur Kala Chaupal: A festival of colors to be organized in October 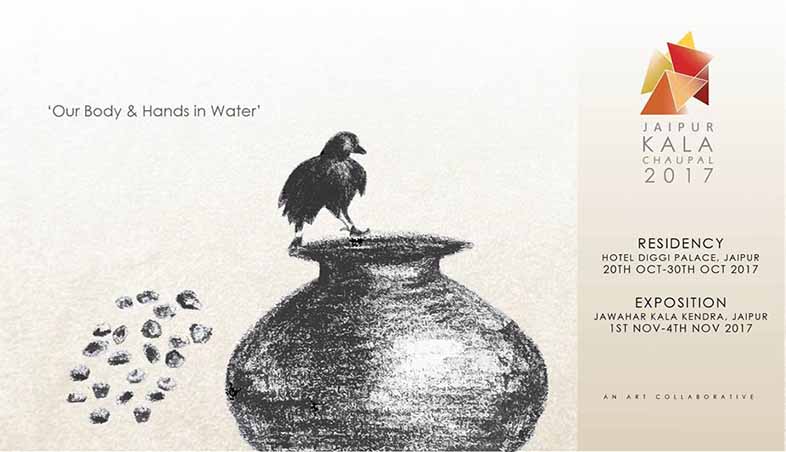 Jaipur Kala Chaupal to be organized in October.

Jaipur: An art gathering called ‘Jaipur Kala Chaupal’ will be organized in Jaipur from October 20. This 14-day celebration will see artists of visual arts from different parts of the world showcase their talents. The event will be hosted for the first 10 ten days in Diggi Palace in C-Scheme area of the city. It will feature live demos of arts along with other paintings. The artists will also explain the elements of visual arts by communicating with the people present at the festival.

The event will be hosted in Diggi Palace for the first 10 days. It will feature live demos of arts along with other paintings. The artists will also explain the elements of visual arts by communicating with the people present at the festival.

International artists from South Africa, Canada, The United States of America, Norway, France, Mexico, and Angola will be participating in this festival which should be a treat for the art lovers of the city. This is the first event of its kind being held in the city and there are plans to hold such events with a particular theme in future as well. The event is being organized by graphic designer Linika Jacob and African imagery artist Promila Singh in collaboration with the Diggi Palace hotel.

The event will be held in two phases. After the first 10 days at the Diggi Palace, the artist will showcase their works at the Chaturdik art gallery of Jawahar Kala Kendra from November 1 to 4. The arts will be given a water-based theme for this festival. A children’s art workshop has also been planned for the event. Kids can interact with the artist and get some valuable inputs to broaden their knowledge about art.

Films related to art will also be showcased in this event. A talk show has also been planned for people to interact with the artist and gain a deeper understanding of this craft. The festival boasts of an impressive line-up of artists including the likes of Paula Sengupta, Shibhika Lal, Farhad Hussain, Babita Das among many others. International names like Angola’s Hildebranado de Melo, Portugal’s Antonio Guimaraes, Canada’s Jennifer McCullum and many others are participating in this mega event.