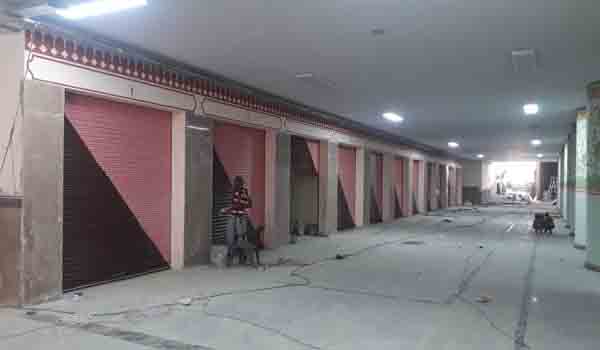 Jaipur: The newly constructed underpass connecting Trauma Center and SMS Hospital is yet to be thrown open for people, but it has already become a great source of revenue for Jaipur Development Authority. The JDA auctioned two of the 22 shops constructed in the underpass. The bids surpassed the JDA’s expectations as the civic body collected more than 10 times the rates it was expecting from the auction, officials said.
JDA had set a reserve price of nearly Rs 2.25 lakh per square meter. In the auction, the successful bidder offered a rate of Rs 32.61 lakh per square meter. With a floor area of nearly 15.92 meters, one shop was sold at the rate of Rs 5.19 crore. According to the reserve price set by the officials, the JDA was expecting nearly Rs 47 lakh.

More than 70 bidders attended the auction. The competition among bidders shocked the JDA officials.

The other shop auctioned by JDA was reserved for ST/SC bidders. It was sold for Rs 28.81 lakh per square meter.

The JDA will collect revenue of Rs 4.36 crore. This shop is measured around 15.34 square meters.

JDA has built 22 shops in the underpass. These shops are in demand among pharmacists due to their proximity to SMS Hospital. Two more shops will go under hammer on June 26. It is believed that the JDA will now increase the reserve price keeping in view the demand for these medical shops.

JDA has been facing financial crunch for a long time. It is believed that these shops would become a great source of revenue for the civic body.