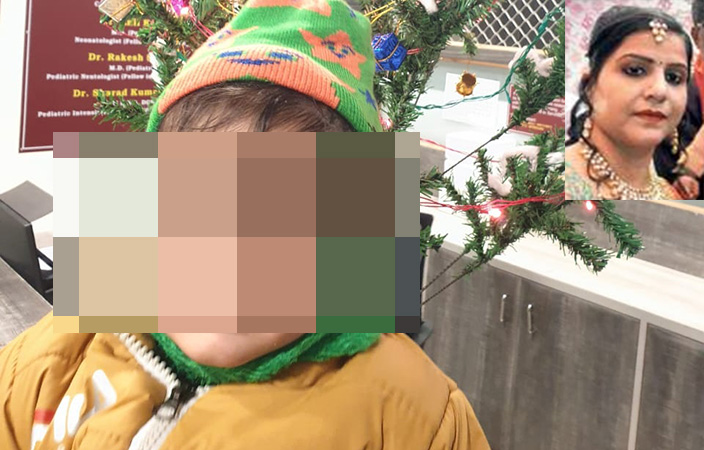 Jaipur: A 30-year-old woman – wife of an IOCL Manager posted in Jaipur – was murdered and her 21 month old son was kidnapped from a flat of Unique Tower in Jagatpura by unknown men, police officials said.

The husband, identified as Rohit Tiwari, told the police that he received a ransom call from the kidnappers who demanded Rs 30 lakh to release the child – Shriyam. The police have launched a massive hunt for the kidnappers. The cops didn’t rule out the possibility that someone known to the family is behind the heinous crime.

The incident took place at flat number – 103 of Unique Towner on Tuesday evening. When the maid came to the flat around 5 pm, she found the entrance door open. In the bedroom, she found Rohit’s wife Shweta Tiwari lying in a pool of blood. Her throat was slit. A police team rushed to the spot and found two cups of tea and snacks on the dining table.

Shweta hailed from Kanpur while Rohit belongs to Delhi. Rohit is currently deputed as an IOCL manager at Jaipur Airport. They moved to Jaipur nearly one and a half years ago and rented a flat. He was at the airport when the incident occurred. He told the police that he had spoken to his wife over phone around 10 am.

The kidnappers took away Shweta’s mobile phone and used it for sending an SMS to her husband demanding a ransom of Rs 30 lakh. Rohit called back and said that he was ready to pay the ransom. He was asked to come to Gandhi Nagar with the money; however the kidnappers didn’t tell him any specific address in Gandhi Nagar.

No valuables were found missing from the flat.