Several editions of the International Jazz and blues festival have taken place in different cities of the country but it is for the first time that the event is being organized in Jaipur. 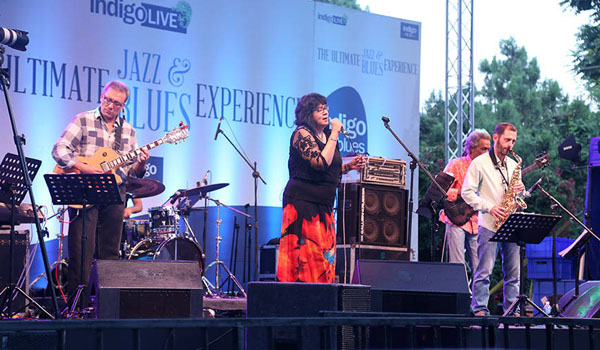 Jaipur: A three-day long music festival – Jaipur International Jazz and Blues festival 2019 – will kick off at Central Park in Jaipur on Friday. Several artists from across India and many other countries will perform Jazz and Blues in Jaipur from March 8 to March 10 in the event. The event is being promoted by the state tourism department. Several editions of the International Jazz and blues festival have taken place in different cities of the country but it is for the first time that the event is being hosted in Jaipur. The event aims at introducing Jaipurites to various genres of music such as Jazz and Blues and promote tourism, a tourism department officer said. According to the officials, the music bands from across India and other countries are participating in the event. It has already created a buzz among the Jaipurites and people are all set to attend the three-day long music festival at Central Park. According to the Rajasthan tourism department, the Jaipur International Jazz and Blues Festival is a dynamic festival that aims to open the world of Jazz and Blues to a wider audience. Jaipur will have its first true Jazz and Blues Festival at the iconic Central Park. This festival will showcase the bands from different countries including India. Jazz & Blues are often referred to as cousins that one has its roots in the other. The main focus of jazz music is the dynamics and improvisations of an ensemble, while blues music is usually centered on a single guitar player/vocalist, and the personal lyrical content of the song. Most jazz tunes are purely instrumental, while a blues song always contains lyrics.
Follow @ThePinkcityPost