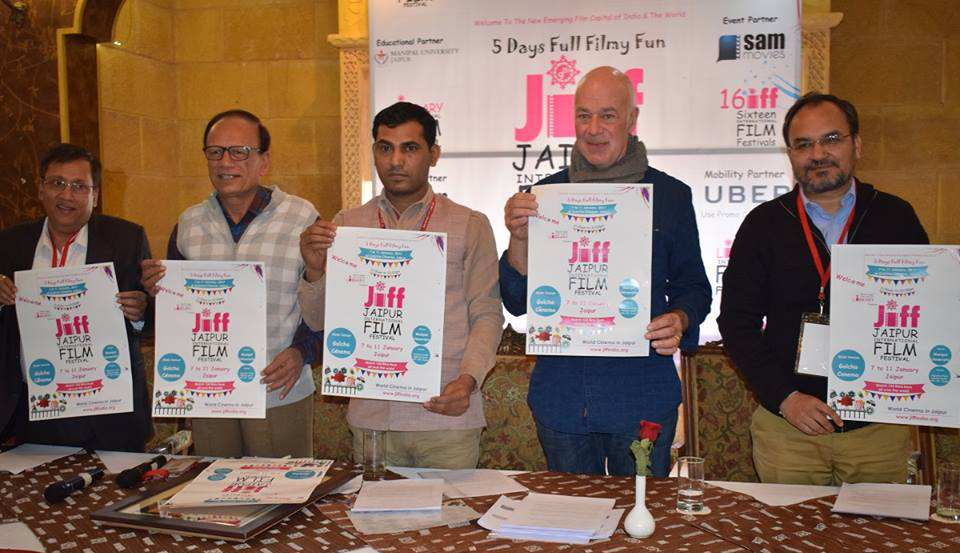 The Jaipur International Film Festival begins with screening of a Tamil Film at Golecha Cinena on Saturday.

Jaipur: The Jaipur International Film Festival will begin at 5.30 pm on Saturday with the screening of two opening films – Tamil film Sila Samayangal (Sometimes) and Iraqi film Dana Dana (Pearl Pearl) at Golecha Cinema. The 5-day festival will showcase 134 movies made by Indian as well as international filmmakers.

The organizers are planning to conduct 17 workshops, many seminars and masterstrokes. The events and screenings will be organized at Golecha Cinema and Manipal University till January 11.

Directors, producers and actors from South India as well as abroad will attend the opening screen.

The festival organizers announced opening and closings films for the Grand Cinema Show – JIFF 2017 on December 21. The Chinese film Survivor and Chile’s Neruda will mark the festival’s closing ceremony.

On November 5, the organizers announced the first list of nominations. In this list, 101 films from all over the world were included. These films were selected from among 1664 applications received from around 100 countries across the world. This list of selected films included 21Feature Fiction Films, 13 Documentary Feature Films, 14 Short Documentary Films, 3 Animation Short Films, 50 Short fiction films have been selected for JIFF 2017. These films have been selected by a selection board of 34 members of which 24 are Indian and 10 are from abroad.