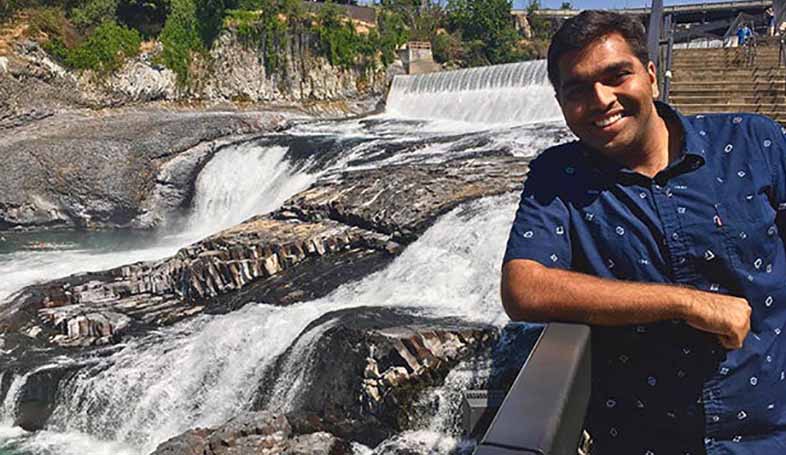 Jaipur: Nikhil Bhatia  who was doing research studies in Texas died when he was swept away by hurricane Harvey that has ravaged several parts of the U.S. state over the past few days. He and his friend, Shalini Singh, a resident of Delhi, were hanging out at the Lake Bryan, a popular tourist spot.

Both were rescued from the lake and rushed to a hospital. Nikhil died while his 25-year-old friend Shalini is battling for life. Shalini is in critical condition. The U.S. authorities said that Nikhil had sustianed serious injuries. They were apparantly swimming in the lake despite the rough weather conditions.

Nikhil was a resident of Varun Path in Mansarovar. Nikhil had been in Texas for the past two years and was doing MS on water research at Texas A&N University. He was an alumnus of St Anselm’s Pink City School in Jaipur. He completed his higher secondary education in 2011 and then went to Vellore to do BTech. He then went to the U.S. in 2015.

His mother, Suman Bhatia, is a lecturer at Kaladra Government PG College near Chomu, while his father Pradeep Bhatia is deputed in Jodhpur Military Engineering Service.

Suman flew to Texas as soon as she heard about the tragedy. Nikhil had celebrated his birthday three months ago and shared the memories with his family members in Jaipur. The parents had been informed about the tragedy by the Indian embassy.

Around 13 million people were battling “catastrophic” flooding and torrential rains in the storm-ravaged Texas where Hurricane Harvey has wreaked havoc, turning streets into raging rivers and claiming at least nine lives.