Jaipur hosted more than one lakh tourists this diwali 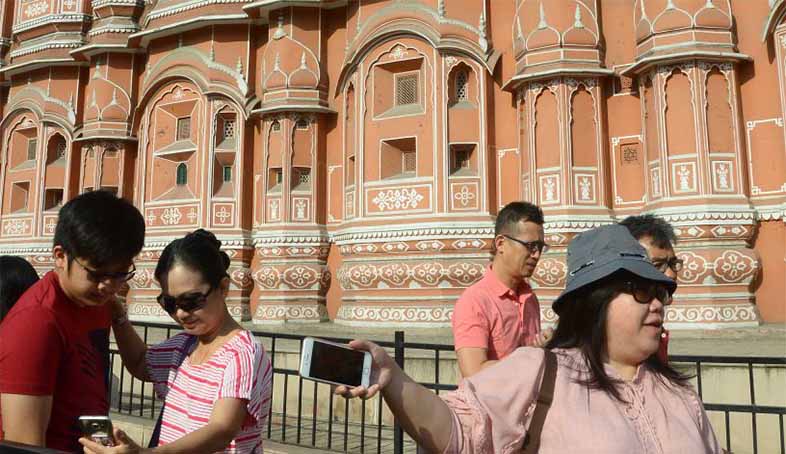 Jaipur: The five-day diwali festival brought good times for not just the businesses in the Pink City but also its tourism industry. More than one lakh people visited the Walled City and its historic sites. This is an encouraging sign for the tourism industry considering the upcoming tourist season. Tourist also contributed to local businesses as they shopping became the flavor of the festivities.

The iconic places in the city were packed with visitors throughout the day. It is estimated that 1.3 lakh travelers visited the major tourist attractions across the city. This indicates the ever-growing popularity of the city among Indian as well as foreign tourists. Tourists from foreign countries started visiting the city from the beginning of October. Come December, the peak season, the number of foreigners in the city and state will be at its highest. Of the total number of tourists who visited Jaipur during diwali, about 15-20 percent of them were foreigners. This number is expected to witness a rise in coming.

People visiting Rajasthan are always fascinated by Amer Fort hence it comes as no surprise that the magnificent fort was the most visited monument during the holiday period. More than 45,000 visitors have explored the historic site in the past 6 days. Similarly, Albert Hall Museum also had a large number of visitors. Both these places are parts of the night tourism hence remain an ideal choice for tourists as well as Jaipurites.

The number of tourists visiting some of the most famous places is as follows: