Jaipur: Fire breaks out at HDFC Bank in Vaishali Nagar

It took 8 fire tenders nearly 2 hours to contain the fire. 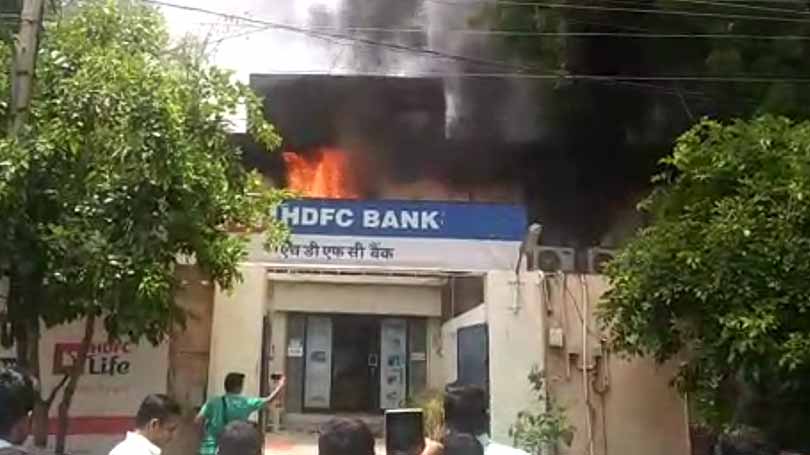 Fire broke out at HDFC Bank in Vaishali Nagar on Thursday.

Jaipur: A major fire broke out at a branch of HDFC Bank near National Handloom in Vaishali Nagar on Thursday. It took eight fire tenders nearly two hours to douse the fire. The fire spread in the bank premises within minutes; however, the promptness exercised by firefighting teams saved the cash and valuables lying in the vault and lockers. An investigation has been launched to ascertain the cause of fire. Fire department officers said that it may have been triggered by short-circuit.

The incident was reported around noon when employees were working in the building. The first started on the first floor and soon spread throughout the office. Employees and a few customers who were present ran for safety. The bank officials informed the police and fire department.

Eight fire tenders were immediately rushed to the spot.

“We contained the fire within one and a half hours. It could have turned catastrophic, but thankfully we managed to save valuables and cash. Furniture and other properties were gutted in the fire,” said a fire officer.

He said that short-circuit in the power supply probably caused the fire.

“We are probing how the fire broke out,” said the officer.