500 cases registered against the gang in Jaipur. 6 men arrested from Pune. 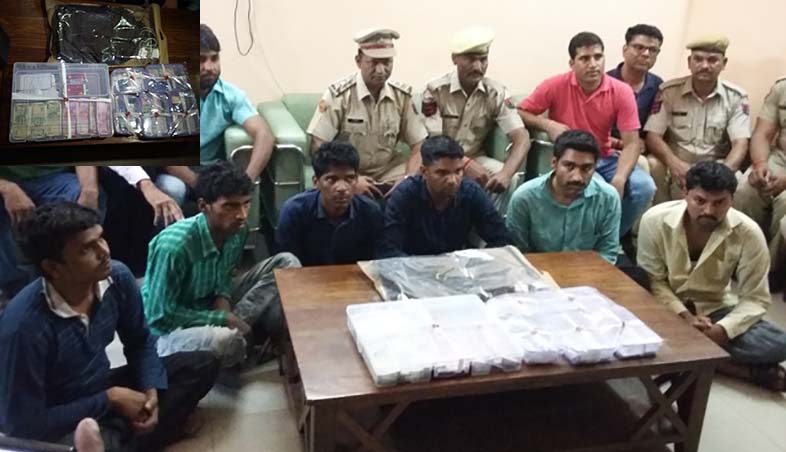 Six members of an ATM fraud gang arrested from Pune.

Jaipur: The police commissionerate’s cyber crime branch has busted a gang of online fraudsters who duped thousands of people by extracting ATM card information from them. Police claim the gang is the cyber crime branch’s one of the biggest catches. Six members of the gang were arrested from Pune.

More than 500 cases of ATM frauds were registered in the city alone in the past one year.

Additional commissioner of police (crime) Prafulla Kumar said that the gang members used to call up people posing bank officials. They would told ATM card holders that their ATM was being cancelled for misuse. Other pretexts include linking Aadhaar number and expiration of the card.

“They would ask the victims to provide ATM card number, CVC number and PIN if they wanted to stop it from being cancelled,” said AdCP Kumar.

He added that while banks regularly advice people not to disclose their debit and credit card details to anyone over phone, many still fell into the gang’s trap. After receiving necessary information, the gang members transferred money from the victim’s account to their bank accounts.

The gang members made thousands of calls in the past few months to people in 23 states of the country.

“After registering more than 500 cases of fraud related to ATM cards in the city in 2016, we came to realize that some of these frauds were the handiwork of one gang. Under the guidance of DCP, crime Vikas Pathak, a team was formed to coordinate the investigation and maintain surveillance,” said the officer.

“We have some bank accounts belonging to the gang members under scanner. Nearly Rs 58 lakh were deposited in these accounts in the past six months,” said the officer.