The park has been built over 52 acres of land with an estimated cost of about Rs 110 crore. It is the second largest park in Jaipur after Central Park. 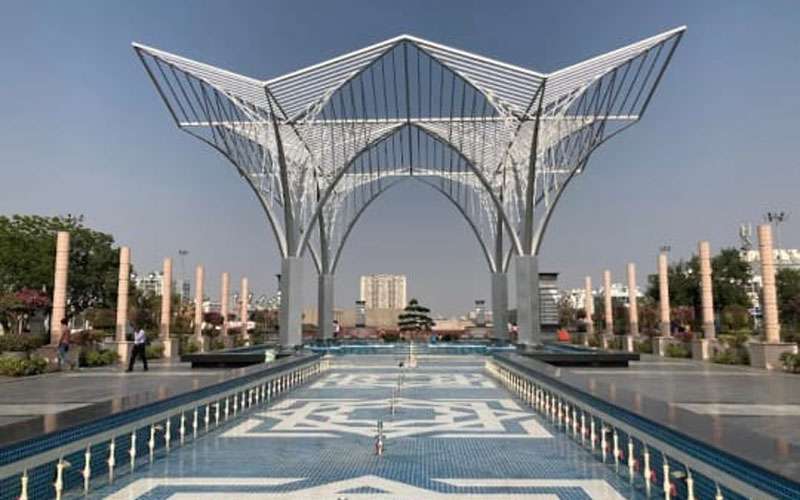 JAIPUR: Rajasthan chief minister Ashok Gehlot inaugurated the park on October 15, 2022, after the work on the first phase of the park’s development was completed. The park will be developed in two phases.

The park boasts several facilities and features including a jogging track. In the first phase, the focus was on developing civil work, jogging track and completing the horticulture work. The second phase will include the following features:

In the first phase, two parking spaces have been developed at the park at the main entry plaza. The parking for visitors is free. Since the park has become very popular among morning and evening joggers, the parking places at peak hours is usually full, particularly during the weekends. Many visitors are seen parking their vehicles outside the park in empty plots nearby. More parking spaces will be developed around the park when new entry plazas are developed in the second phase.

One of the best features of Mansarovar City Park in Jaipur is the entry plaza. A water body has been made developed. As many as 17 beautiful sculptures welcome the visitors at the entry plaza. There are state-of-the-art 120 benches and 6 water points have been made for people to sit here.

A jogging track of 3.5 km has been developed in the park. While it is a bit shorter than that in the Central Park (4 km), it features more amenities such as a music system which will be used for playing music in the morning and evening. Apart from this, a children’s play area has been made here, where children can easily play.

The greenery is yet another great feature of the park which will give visitors a feel of natural surroundings in the middle of the bustling Mansarovar area.

The Rajasthan Housing Board has planted 32 different species of plants in this park. In this, small flowers have been made in the show area. Along with this, a grand entry gate has been made from the middle path, where a big fountain has also been installed.

Location on the map and how to reach

Where is City Park, Mansarovar located in Jaipur?

City Park is located near VT Road in Mansarovar. It’s spread over 52 acres of land.

Two parking spaces have been developed at City Park Mansarovar. When the parking is full, the guards don’t allow more vehicles.

What is City Park Mansarovar famous for?

The City Park Mansarovar has been developed on the themes of Hyde Park in London and Central Park in New York. The greenery, fountains, lake, sculptures, horticulture works, etc. are some of the best features of this park. It’s the second largest park in Jaipur with a jogging track of nearly 3.5 kg long. Only Central Park Jaipur has a longer jogging track that is 4 km.