As many as 6.10 lakh people visited Jaipur Chowpatty in the past five months from November to March. 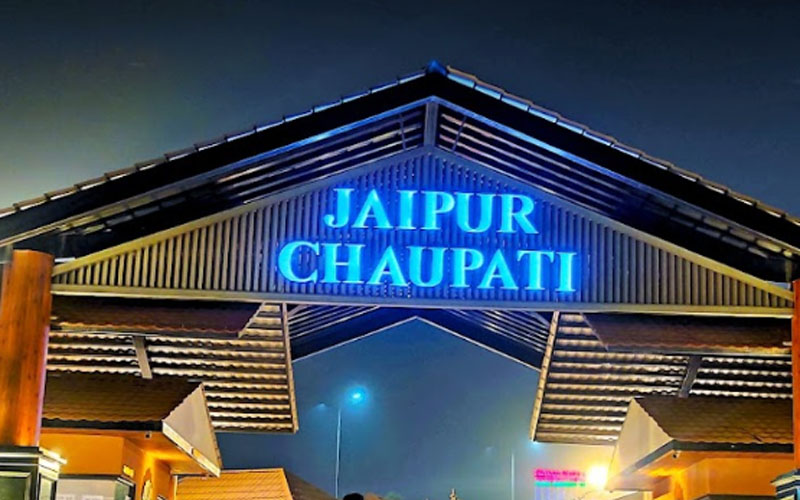 JAIPUR: Jaipur Chowpatty developed by Rajasthan Housing Board in Mansarovar and Pratap Nagar are not only a hit among foodies but also breaking world records. They have been recoganized by the World Book of Records for attracting a record number of visitors in the past five months.

Former Lieutenant Governor of Puducherry Dr Kiran Bedi and member of Udaipur East royal family Lakshyaraj Singh Mewar presented this award to the Rajasthan Housing Board at a function organized at Marriott in Indore.

On behalf of the Housing Board, Deputy Housing Commissioner (HQ) Vijay Aggarwal received the certificate and award.

On this achievement, Housing Board Commissioner Pawan Arora congratulated the team that developed and operated both the Chowpatties, the shopkeepers of the Chowpatties, and the artists who gave live band performances.

He said that due to the collective efforts of everyone, Mansarovar and Pratap Nagar Chowpatty have become the centre of attraction not only for Jaipurites but also for lakhs of domestic and foreign tourists visiting here.

Representatives from many countries including Switzerland, United Kingdom, America, Bangladesh, Mauritius, Nepal; President and CEO of World Book of Records Santosh Shukla and Head of Europe Wilhelm Jezler and many other dignitaries were present during the award ceremony.