Jaipur bursts with colors in celebration of Holi

A function for the police officials is being held at the Reserve police line near Sindhi Camp in Jaipur. Police commissioner Anand Srivastav, police officials and jawans celebrated Holi on Friday. 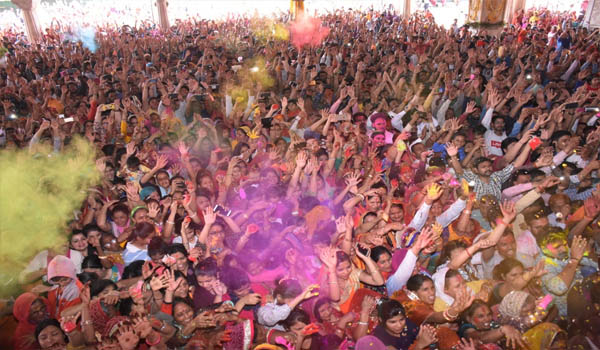 Jaipur: Jaipurites celebrated the festival of colors -Holi with zeal and enthusiasm in the city. The two-day festival concluded on Thursday.

A function for the police officials is being held at the Reserve police line near Sindhi camp in Jaipur. Police commissioner Anand Srivastav, police officials and jawans are celebrating Holi. 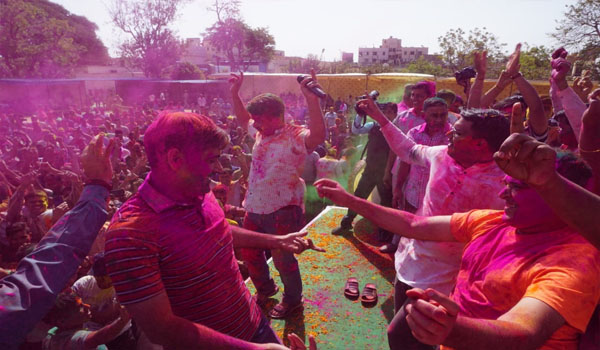 Several private parties were held to mark the occasion. People gathered on the roads of the Walled City and played Holi with locals and tourists.

An event by the state tourism department was organized especially for tourists at Hotel Khasa Kothi in Jaipur. The visitors in the event enjoyed playing with dry colors while dancing to Rajasthani folk music performed by local artists. 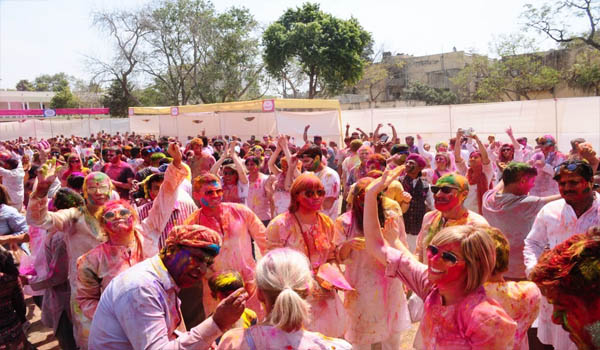 As per a foreign tourist, their family came first time to India and celebrated the festival with colors, danced to cultural folk performances, enjoyed traditional popular delicacies including thandaai and sweets followed by lunch and a lot of fun activities at the lawns of Khasa Khoti in Jaipur on Thursday.

Former Mayor of Jaipur and MLA from Sanganer Constituency Ashok Lahoty held an event near his resident at Ridhi Sidhi in Jaipur and celebrated Holi with the party workers and supporters. 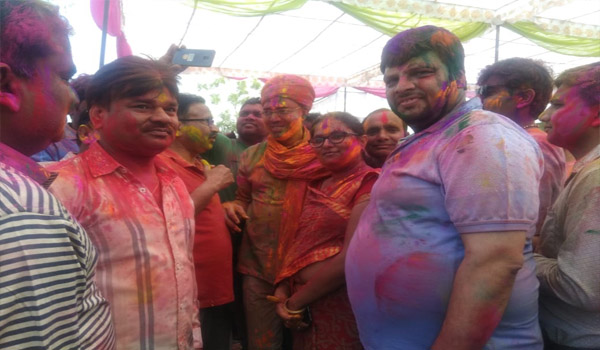 MP Ramcharan Bohra invited all the party workers and supporters to his house at Malviya Nagar on the occasion and celebrated Holi. 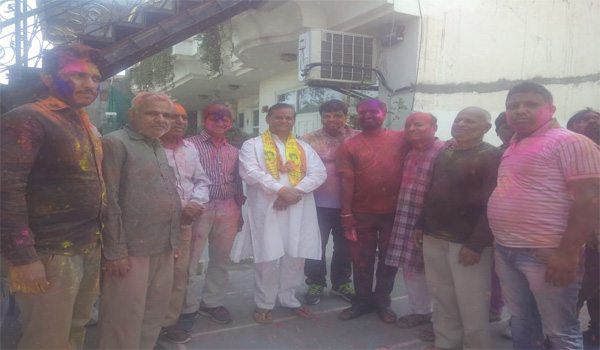 Similarly, several parties were held at ministers’ houses on the occasion.

A large number of locals and tourists celebrated Holi at Narain Niwas Palace hotel in Jaipur. The place hosts one of the best Holi celebrations in Jaipur every year.

Grand celebration took place at city’s Govind Dev Ji Temple as thousands of people came to celebrate Holi with Lord Krishna at the temple on Wednesday. 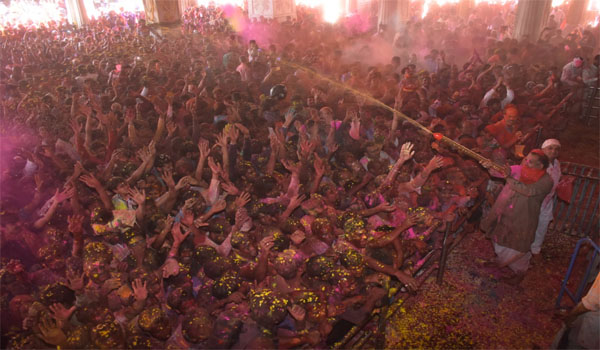 The streets of Jaipur and people’s faces were all painted in colors and happiness during the festival.